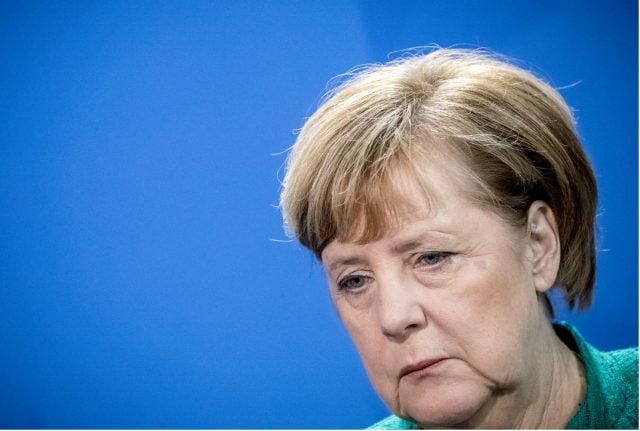 As she arrived for the final round of talks with potential partners in her fourth government, the Social Democrats, (SPD) she said the country and Europe could not afford to wait much longer.

“We will see to it that we negotiate quickly,” Merkel told reporters.

“I think people expect us to move toward a government and that is why I am entering the talks optimistically and with determination.

“It's not only about a fresh start for Europe but also for Germany.”

A leading member of her Christian Democrats, Michael Grosse-Brömer, later said the parties hoped to wrap up the negotiations by February 4th, although he allowed for an additional two-day grace period.

That timetable is even more ambitious than one Merkel had previously laid out, which had set a deadline of February 11th.

The SPD had on Sunday only narrowly voted to launch formal coalition negotiations with her conservative alliance on the basis of a preliminary deal sealed two weeks ago, four months after September's election.

However the outcome of the talks gathering the SPD as well as Merkel's CDU party and Bavarian CSU allies is far from certain.

The SPD is torn internally on whether it should once again govern under Merkel.

Its youth wing is energetically canvassing for votes to veto any deal for a new grand coalition — known as the “GroKo” — when the 440,000 members of the country's second biggest party hold a referendum on the question.

What is clear is that the delay is eating away at Merkel's influence domestically and internationally.
In Germany, there is talk about the autumn of her reign, even if no serious candidate has emerged to rival her.
“Each additional day where she has to content herself with being just a caretaker chancellor weakens her, and the longer the negotiations go on, the more the population's discontent grows,” said Die Zeit weekly.

And abroad, attention is drifting to France and its young leader Emmanuel Macron, who is increasingly hailed as the go-to leader in Europe.

Nowhere was the contrast between Macron and Merkel's position more obvious than at the World Economic Forum's annual meeting of political and economic leaders in Davos this week, where analysts said the French leader stole the show from the veteran chancellor.
“Merkel's position could be further weakened on the international stage — at least that's the impression given at Davos,” noted Spiegel weekly, noting that “Macron meanwhile is increasingly taking on the role of the leader of the Europeans.”
In fact, Merkel herself acknowledged to the Davos crowd that the political impasse in Germany is hampering Europe's biggest economy from taking action.
She said she was impressed by “how things have changed in four months, at how the world is developing quickly and that a country that wants to contribute to shaping globalisation needs to be able to act 24 hours a day”.
Just a few months ago, Merkel appeared to be at the top of her game, with some commentators even crowning her “Leader of the Free World” after the arrival of Donald Trump as US president.

Looking ahead to Trump's speech in Davos later Friday, SPD leader Martin Schulz said as he headed to the talks with Merkel that “given the challenges coming from China, from the United States, we need a strong, pro-European Germany”.

But a preliminary blueprint hammered out with the conservatives has been savaged for not adequately reflecting the SPD's social agenda.

To have a chance at winning the party base's approval, Schulz and the SPD leadership would have to extract further concessions from the conservatives, including tougher restrictions on short-term work contracts or a universal health insurance system.

Not only are the stakes high for Merkel, but also for Schulz and the SPD, particularly if Germany were forced to return to the ballot box.

Polls this week showed support for the SPD plunging to a record low of 18 percentage points, while Merkel's conservative alliance scored 31.5 percent — both apparently losing ground from September.