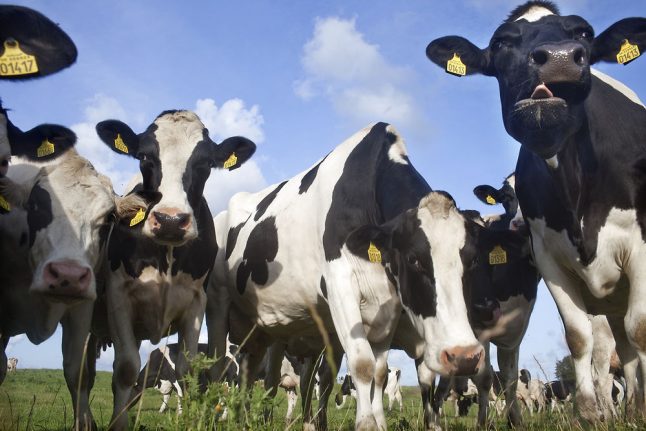 A research project conducted by Aarhus University, the Technical University of Denmark and Viking Genetics has concluded that genetic factors affect the amount of methane emitted by individual cows.

Methane gas produced by the belching of cattle is responsible for six percent of the total greenhouse effect in Denmark.

More climate-friendly dairy cows could be produced using sperm from Danish bulls to counteract the effect in future, according to researchers.

The technique could reduce methane emissions from cows by five percent, resulting in a reduction of carbon dioxide in the Danish air by 90,000 tonnes yearly, said Peter Løvendahl, senior researcher at the Department of Molecular Biology and Genetics at Aarhus University.

“Five percent probably doesn't sound like much, but that effect will become stronger over the years. Eventually it will really make a difference,” Løvendahl said.

The researcher said that it would take up to five years to reach the stage where cows can be bred from climate-friendly Danish bull sperm.

But the potential benefits of the science go beyond Denmark's borders.

Should the technology become recognised as a climate-friendly measure in future, markets in Asia, South America and Africa could become interested, according to Viking Genetics project leader Jan Lassen.

“We would be able to reduce their methane emissions by 15 to 20 percent more than here in Denmark, since we already have low methane emission levels for cows,” Lassen said.