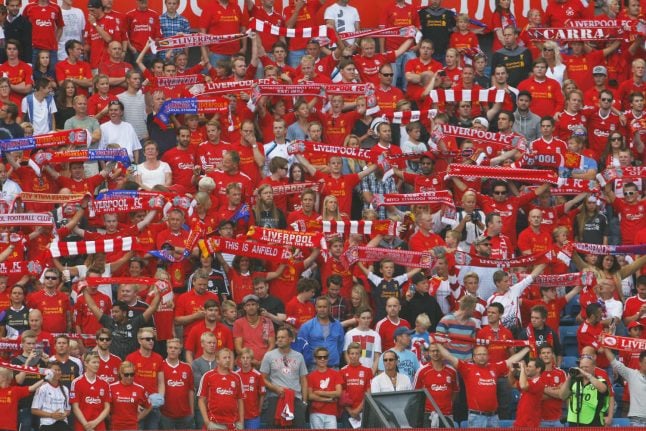 Kent Solheim said that he and his girlfriend had made the decision to name their daughter after the song well in advance of Ragnar Klavan's 94th-minute header at Turf Moor on New Year's Day.

“We agreed to choose a name each, so that she would have a double name. I have always thought that if I had a daughter, I would call her Ynwa, and the idea was well-received,” he told VG.

The unusual choice of name was originally reported by local newspaper Østlandsposten.

Perhaps equally surprising is the fact that Ynwa Sofie has a namesake. In 2012, VG reported that another Norwegian pair, Benny Rivedal and Liselotte Norman, had given their child the football-inspired moniker.

Originally a show tune from the 1945 Rodgers and Hammerstein musical Carousel, the song was covered by Merseyside band Gerry and The Pacemakers in 1963, after which it was adopted by Liverpool fans.

Reds supporters often shorten its title to the first letters of each word, forming the acronym 'YNWA'.

Although baby Ynwa Sofie already owns two Liverpool jerseys, her father said he would support her should she decide to give her support to another club.

“If she ends up liking another team I'll be grown up enough to accept it,” Solheim told VG.

He added that he would also support her if she didn't like football at all.