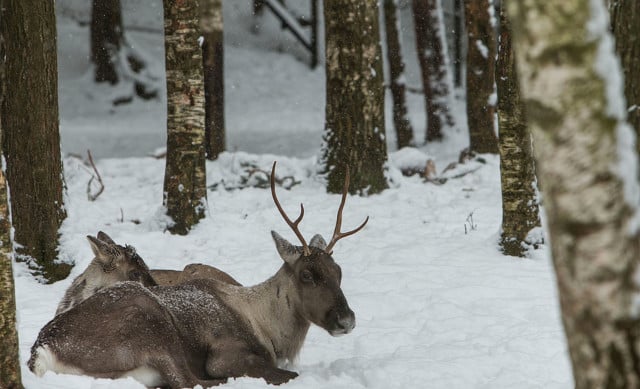 The Sami have been hearding reindeer for centuries. Photo: Tom Svensson/Nordens Ark

Scandinavia's indigenous Sami people traditionally survive by herding reindeer. Sami villages are cooperatives that organize the herding within specific geographical area – there are 51 of them in Sweden.

“A lot has been said about there being so much snow. There is snow, but that’s not so dangerous – between 60 and 80 centimetres. It’s the ice on the ground that means the reindeer aren’t getting to the moss. It doesn’t look good,” Kristina Hotti from Sweden’s Sami Parliament told newspaper NSD.

READ ALSO: 'Why is what happened to the Sami in Sweden not common knowledge?'

So far 32 Sami villages have applied for support, and the Sami Parliament is assessing the situation in the affected areas.

The Sami Parliament can pay a maximum of 50 percent of the cost villages incur supporting their reindeer when food is unreachable through the ice.