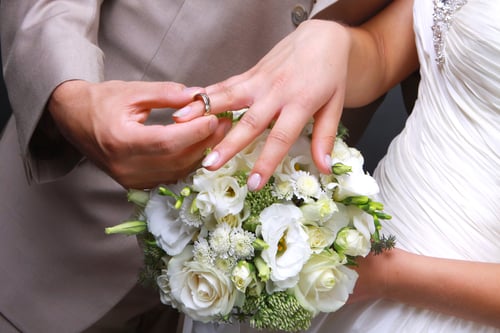 Since 2013 when the law changed, men have been able to take the name of their wife on marriage.

But an analysis conducted by the Federal Statistical Office (FSO) shows that very few men opt to change their name to that of their wife, 20 Minuten reported.

In 2016, 70 percent of women chose to take their husband’s surname when they tied the knot.

Only two percent of men opted to change their name.

According to the FSO, Swiss men are even less likely to take the bride’s name if she is a foreigner.

However, foreign men are more likely to take on the name of their wife if she is Swiss.

And foreign women retain their maiden name most often when they marry another foreigner.

The canton of residence, religious adherence and age all play a role in the decision, the FSO said.

Women living in the French and Italian parts of Switzerland or in an urban canton are more likely to retain their own name, as are older women.

Muslim women, on the other hand, are more likely to change their name on marriage.

Marriage planner Jane Finger told the paper that in her experience foreign men are more likely to take the name of their wife if she is Swiss, as they think a Swiss name will increase their chance of finding work in Switzerland.

“Men change their names for practical and not romantic reasons,” she said.

Prior to the law change in 2013, women had to either take their husband's surname on marriage or combine their surname with his.