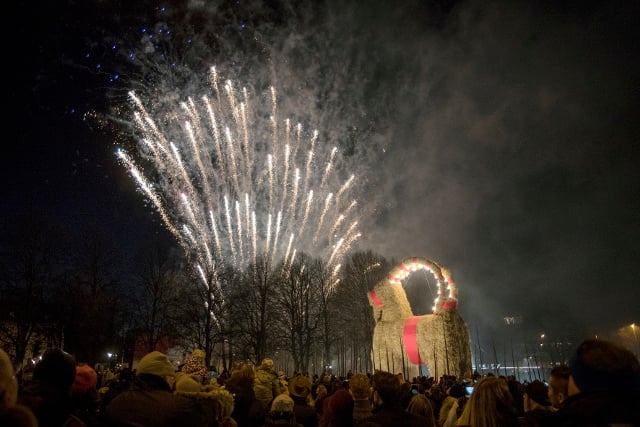 For the uninitiated, Gävle has been building a giant straw goat every Christmas since 1966. Most years it meets an untimely demise when it is (illegally) burned down, stolen or vandalized. On its 50th anniversary in 2016 it was burned down only hours after the official opening, when someone took advantage of a security guard's toilet break to sneak in and set it ablaze.

Not this year. The 2017 edition's unusual ability to avoid combustion prompted a two hour-long live broadcast of it being dismantled on Tuesday, as well as live tweets of the event with tongue firmly in cheek – no pun intended.

Warning! Viewer discretion is advised as the most famous strawgoat in the world is being taken down ?? #gävlebocken #itsbeenagreatyear #timetosaygoodbye pic.twitter.com/YCnyxRoq3O

This is not goodbye, this is I'll see you in December. Over and out from Castle Square! ✌️? #gävlebocken #GreatestOfAllTime pic.twitter.com/D0zmve1C2R

The secret to the goat's survival for the first time since 2014 is according to Wallberg likely a combination of higher fences placed around it this time, the presence of a security guard, and heavy fines being dealt out to previous goat-burners.