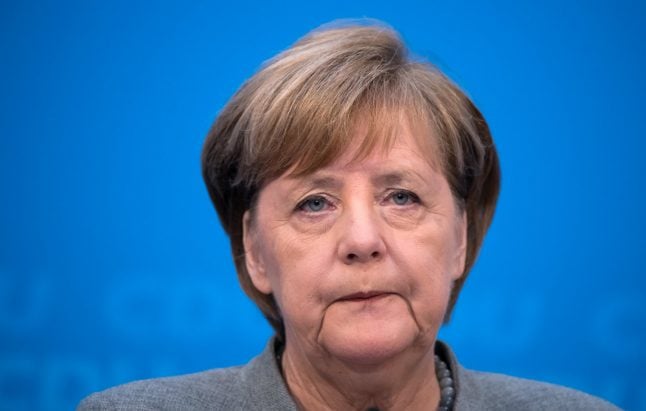 Europe's most populous country and top economy has been in political stalemate since veteran centre-right leader Merkel won a September 24th election without a governing majority.

Merkel's hopes for a fourth four-year term were complicated when initial talks to build an alliance between her conservative bloc, the liberal Free Democrats and the Greens collapsed in November.

She is now hoping for a re-run of her current left-right “grand coalition” with the second biggest party, the SPD, which is however reluctant to govern in her shadow again after a dismal election result.

SPD leader Martin Schulz, facing a sceptical party base, has only agreed to “open-ended” talks that could also lead to the toleration of a Merkel minority government — an option she however rejects.

Schulz, 62, has vowed to push key SPD demands, from EU reform to changes in health insurance and education, to allowing more refugees to bring their families to Germany.

Merkel's CDU, her Bavarian allies the CSU and the SPD Wednesday agreed to hold exploratory talks from January 7th to 12th.

The party chiefs had held “good talks in an atmosphere of mutual trust”, said a joint statement on their seven-hour meeting in Berlin.

If successful, the January talks would lead to the next phase – formal coalition negotiations to hammer out common policies and assign cabinet posts, an effort expected to take many more weeks.

Major hurdles remain on the SPD side, where in a January 21st party congress in the western city of Bonn some 600 delegates would have to agree to the launch of formal coalition talks.

Finally, the labour party's rank-and-file members will get to vote on whether to enter into a new coalition with Merkel — or head into opposition, as Schulz had vowed to do straight after the September election loss.