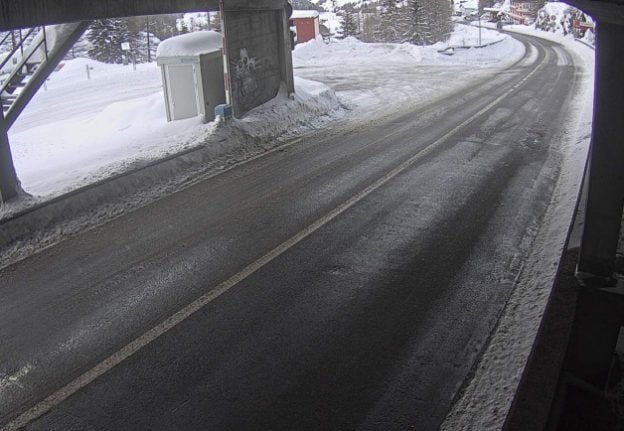 The tunnel entrance on the Swiss side. Photo: webcam
The tunnel, which connects the Valais in Switzerland with the Aosta valley in Italy, has been closed since September 21st after a part of the ventilation system collapsed.
It will reopen on December 24th at 8am after passing a series of tests and safety exercises, the operating company announced on Tuesday, according to news agency ATS.
Aware that the long closure has caused considerable disruption, the company has decided to waive tolls for using the tunnel over the Christmas period, until January 1st.
It normally costs 46.90 francs return for a car and 23.30 francs for a motorbike.
The 5.7km tunnel bypasses the Great Saint Bernard pass above, which is now closed for winter.
The historic pass has been a crossing point over the Alps for centuries and is famous for its hospice and the St Bernard dogs that live part of the year there.
The road tunnel opened in 1964, becoming the first road traffic tunnel through the Alps.
Url copied to clipboard!