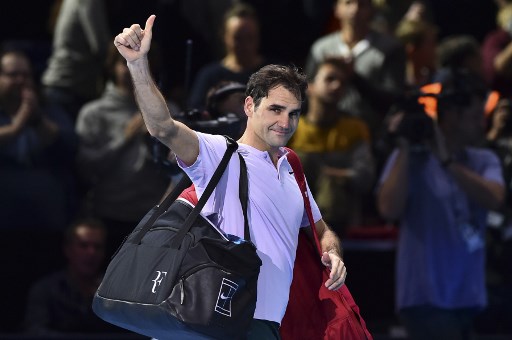 It follows an astonishing season during which he picked up two more Grand Slam titles.

The Swiss, 36, returned from six months out with knee trouble to win the Australian Open before picking up a record eighth Wimbledon crown and ended the season with a 52-5 record.

He is currently ranked world number two behind his great rival Rafael Nadal.

Federer previously won the award, which is voted for by the public, in 2004, 2006 and 2007. Muhammad Ali and Usain Bolt have each won it three times.

“It makes me incredibly proud that the UK public have chosen me as the BBC overseas sports personality of the year for 2017,” said Federer.

“The support that the UK crowds give me whenever I'm here is amazing and to be recognized on the shortlist alongside some of the greatest sports people of all time is extremely humbling.”

Federer and the other award winners will be honoured during Sunday's BBC Sports Personality of the Year ceremony in Liverpool.

Photo by Pascal Debrunner on Unsplash

Haukland Beach on the island of Vestvågøy in Lofoten, in the north of the country, has been named best beach in Europe by travel publication Lonely Planet.

The beach beat out stiff competition from the likes of Greece, Spain, Italy, Portugal and Denmark to bag first place.

Despite summer temperatures in Lofoten only averaging the mid-teens and the water at its warmest only ever reaching a spine tingling 15° Lonely Planet were smitten with the beach.

“Haukland Beach is out of this world, with spiky granite peaks thrusting above creaming sands and sapphire seas. The water is chilly, but you’ll be itching to jump in all the same,” the article said.

Such high praise is nothing new to Huakland beach as it has previously been named Norway’s finest beach and also the world’s most beautiful.

Deputy mayor of Vestvågøy municipality, Anne Sand, is not surprised that the beauty spot has received the accolade.

“It is about the contrasts in nature, the high mountains and the green mountain sides. Then you have the beautiful beach among all this, it could not be nicer,” she told state broadcaster NRK.

When asked what makes the beach stand out from its competition, she said that it was the unique location.

“Many of them are similar, but Haukland stands out and becomes something special- precisely because you find it in the arctic circle,” she said