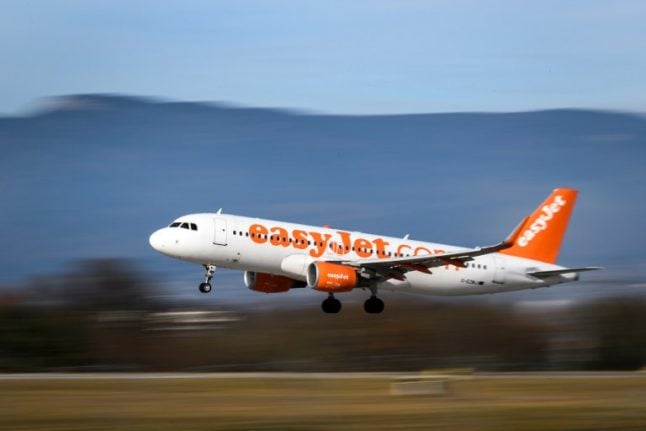 AFP
The airline, which already runs 230 routes to, from and within France, will operate seven new services from Bordeaux in the south west, four from the central city of Lyon and four from the Riviera city of Nice.
Among the new destinations will be Tel Aviv in Israel, which will be served by new flights from all three cities. EasyJet will also introduce a Lyon to Rennes service in the hope of attracting business customers.
While France is easyJet's second biggest market after the UK, in terms of the number of routes, the company sees enormous potential.
François Baccheta, director general of easyJet France says the country is “under-served in terms of connectivity”.
“France is a key market for easyJet and we are committed to offering our French passengers a wide choice of destinations,” said Baccheta.
“We are also continuing to strengthen our regional roots with the opening of the Bordeaux base and the arrival of a new aircraft in Nice. These investments are intended to meet growing regional demand and boost the attractiveness of France and its regions internationally.”
In France the low cost market represents around 30 percent of all short and medium haul flights compared to the European average of 47 percent. So easyJet senses an opportunity to expand.
Here is a full list of the new routes:
From Bordeaux: Bastia (Corsica), Catania (Sicily), Faro (Portugal), Heraklion (Crete, Greece), Luxembourg, Tel Aviv and London Southend.
From Lyon: Corfu, (Greece) Fuertaventura (Canary islands, Spain), Rennes and Tel Aviv.
From Nice: Biarritz, Catania, Seville and Tel Aviv.
Th new routes will see easyJet increase its capacity by 7 percent in 2018 – an increase of 1.1 million passengers. The airline currently carries around 18.8 million passengers in France and has expanded rapidly in recent years.
In December last year the airline made a similar move announcing 16 new routes in 2017 following on from 36 new routes in 2016.