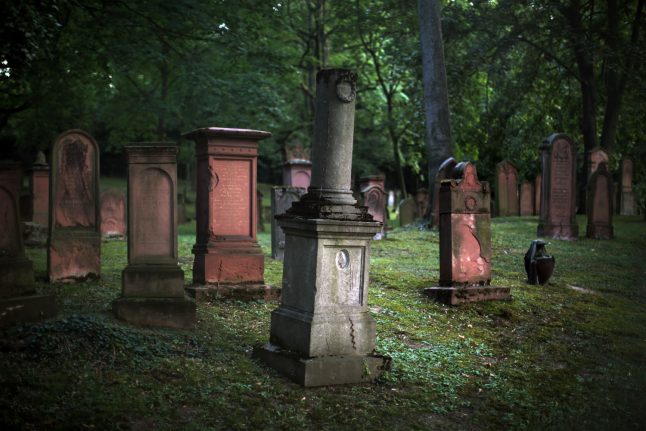 Visitors to the Geiselwind amusement park in Unterfranken are in for a fright at 'Dr Lehmann's Horror-Hospital', which is decorated with skeletons, bloody corpses and severed body parts all befitting a haunted house.

But what a 13-year-old girl didn't expect during her visit this summer was to come across the gravestone of her dead grandfather, inFranken reports.

The stone stood in front of the haunted house with his name, date of birth and date of death all clearly visible.

The girl recognised it immediately since she had often tended the grave, despite the fact her grandfather had passed away over 20 years ago.

In December 2016, after the lease of the man's grave plot had expired, his 62-year-old widow had paid a fee of €130 to a stonemason for the removal and “proper disposal” of the gravestone.

But it appears the stonemason sold the stone on without removing the lettering.

“Was it sloppiness or intent?” asked the wife of the deceased, whose husband's gravestone was put so disrespectfully on show.

The 62-year-old widow has since been reimbursed by the stonemason but said she felt outraged that her husband's memory had been disrespected.

The horror house where it was used as decoration is one of the newer attractions in the theme park, as it only opened this season.

The current park owner, Matthias Mölter, only took over the park earlier this year and bought the haunted house attraction in springtime, according to inFranken.

“I am unsure whether [the stones] were part of this delivery or already there,” Mölter stresses, as “six truckloads” of materials were delivered at the time.

Mölter also claims that he received no complaints during the summer – “one call would have been enough,” and the stone or at least the inscription would then have been removed immediately, he suggests.

The operator of the park could be fined for denigrating the memory of the deceased, inFranken reports.

“It took a long time for me to process my husband's death over 21 years ago and now everything is coming back up – and cruelly, too,” the 62-year-old widow said.

An investigation into the origins of the other stones in the “graveyard” in order to discern whether or not they are also real is now ongoing.

In the meantime, the inscriptions have been removed, on the instructions of the Würzburg public prosecutor's office.