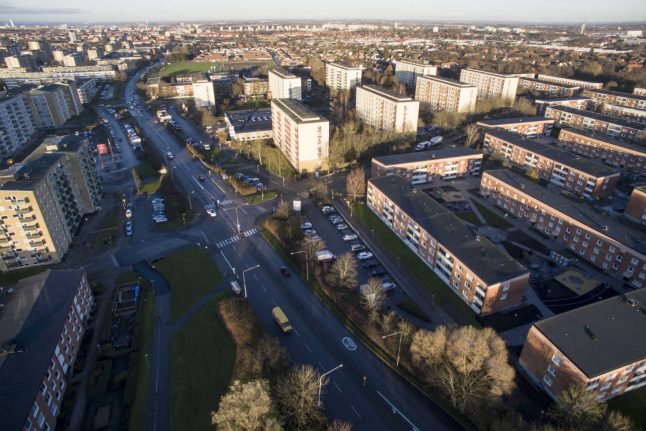 The demonstration took place in reaction to US president Donald Trump’s decision to move the American embassy from Tel Aviv to Jerusalem and recognise the latter city as the Israeli capital.

“We take this kind of thing seriously in general. It could be an incitement for people to commit crimes,” police communications officer Calle Persson told TT.

Demonstrators shouted “we want our freedom back and we’re going to shoot the Jews”, among other slogans, according to a report by Sveriges Radio.

Protests in Malmö began spontaneously on both Thursday and Friday evening, according to a number of people who spoke to the radio station.

The protests have taken place without police permission, nor have police received any applications over future demonstrations, according to Region Syd (South) Police.

“Had there been any violence then we would of course have been present,” Persson said to TT.

Police have not currently received any reports in connection with the demonstrations.

But Persson said that the reported chants could be classified as illegal threats against a minority.

Anti-Semitism in Malmö has been documented in the past and Persson said that there was some tension in the city.

“There is a latent threat against Jews in Malmö, and when things heat up in the Middle East that threat becomes more real. But there are currently no threats directed at one person or community,” he said.

Freddy Gellberg, a spokesperson for Malmö’s Jewish community, confirmed the police description of the elements of anti-Semitic sentiment in the city as a reflection of political developments in the Middle East, and added that Jewish people were on their guard through fear of being attacked.

“We are careful. You don’t want to display the Star of David around your neck or other Jewish symbols. An Orthodox Jew does not find life easy in Malmö, he is subjected (to discrimination),” Gellberg said.

Gellberg said that the current climate for Jews living in Malmö was noticeably different in comparison with his youth in the southern Swedish city.

The community spokesperson said one problem is that many people with Middle Eastern heritage who have come to Sweden within the last 10-20 years do not distinguish between the region’s politics and Jews in Sweden, and therefore blame Swedish citizens for the actions of the Israeli state.

“I am not sure this is a fundamentally anti-Semitic issue,” Gellberg said, adding that it nonetheless is necessary to fight the hatred currently directed against the Jewish population.

“We can never accept being shouted against as a group and must fight against this,” he said.