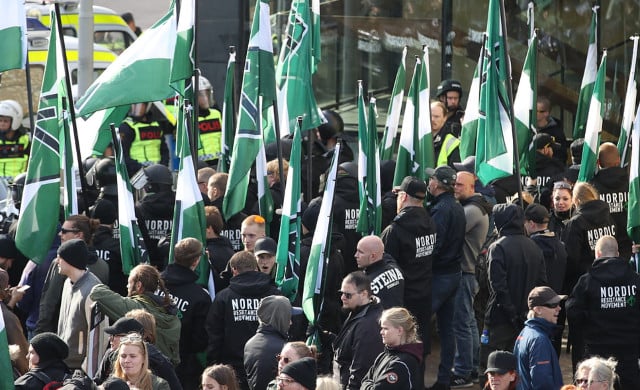 “We have made an assessment together with the authorities. Our cooperation with authorities means we are on top of the different groups who travel with us,” Viking Line Communications Manager Johanna Boijer-Svahnström told news agency TT.

In total, 24 members of the Nordic Resistance Movement (NRM) were denied passage on the Viking Line boat between Stockholm and Turku. They were believed to be going there to take part in a demonstration called by the Finnish branch of the organization on the day of centenary celebrations in the country.

A Finnish court recently banned the NRM following a request by police. Viking Line said it had security concerns.

“Today Finland celebrates its 100th anniversary and we have many families with children on board. We therefore wanted it to be safe and calm.”

Jonathan Leman from anti-racism foundation Expo noted that there are reasons to have security concerns when the NRM is involved.

“NRM say that it is forbidden for members out carry out unprovoked attacks on others. But we have seen how they use situations where someone confronts them to attack and assault the person.”

“Those who travel to protests are also largely part of the organization’s core group, where many have been convicted of violent crime in the past.”

Being present in Finland was particularly important for the NRM because of the recent ban against them, he noted.

A number of NRM demonstrations have taken place in Sweden this year, including a large September march in Gothenburg which required a heavy police presence and ended with arrests.

The neo-Nazi group was founded in 1997 and promotes and openly racist and anti-Semitic doctrine.