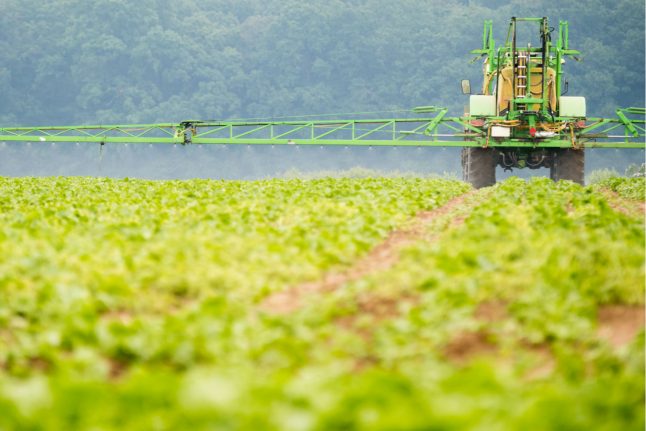 SPD Vice President Ralf Stegner called Germany’s “Yes” in the EU-wide vote in Brussels a “clear breach of trust”, saying that the Christian Democrats had already agreed to abstain, he told German broadcaster ARD on Monday.

Schmidt went behind the the Social Democrats’ backs in order to prolong the use of the pesticide, said Stegner.

Environment Minister Barbara Hendricks (SPD), who opposes the continued use of glyphosate, already stressed to Schmidt that Germany should withhold its vote on allowing the pesticide as it had done previously.

Further SPD members have questioned if Merkel had any knowledge of Schmidt’s plan to vote before it took place. Former Green Party head Renate Künast called on Merkel to explain what happened in an interview with the German Press Agency (dpa), and to dismiss Schmidt if the vote had taken place without her consent.

But Merkel distanced herself on Tuesday from Schmidt's decision, making clear that in acting alone he had gone against agreements drawn up between the SPD and her Christian Union, who are currently in government together.

“Schmidt's decision went against agreements we have made in government – these also go for the current caretaker government,” she said.

Germany’s yes vote among the 28 EU member states was crucial in breaking EU deadlock on the decision. It could also derail coalition talks between the SPD and the Christian Union before they have even begun.

Merkel is under pressure to form a new government after talks with the Greens and Free Democrats (FDP) failed last week, leaving a coalition with the Social Democrats as her last hope for forming a majority in parliament.

German President Frank-Walter Steinmeier has invited the CDU, CSU and SPD to a meeting at the Bellevue Castle in Berlin this Thursday with hopes of furthering the contentious talks.

Glyphosate is reported to be a cost-effective chemical and the herbicide used by the agricultural industry worldwide to increase harvests, reports Spiegel Online. Yet the chemical, developed by U.S. company Monsanto, has also come under sharp critique for causing environmental damage.

The SPD was not placated by Merkel's reprimand of Schmidt, with Hendricks saying that her party was looking for a “trust-building measure” from the conservatives after the debacle.

She did not specify if she expected Schmidt to quit, but said there was no point for the SPD to embark on talks with Merkel's conservatives if trust was not restored.

The SPD's parliamentary group chief Carsten Schneider saw the row as a sign that the German leader had lost control over her ranks.

“The chancellor's loss of authority is palpable and harms the trusting and smooth cooperation within the government,” said Schneider.

“Such chaotic processes are totally unacceptable for the EU's biggest country,” he added.

'Can't be so stupid'

Glyphosate was introduced in 1974 by US agro-giant Monsanto under the brand-name Roundup. A WHO study found it was “probably carcinogenic” but later studies have contradicted that finding.

Hendricks said she had agreed with Schmidt to abstain in Monday's vote in Brussels.

Schmidt later justified his vote, arguing that European Commission had the last word on the issue and would have “in any case voted in favour of the extension of glyphosate”.

Asked if he had sought to apologise, Hendricks said: “I do not want to reject an apology permanently. But I told him that one can't be so stupid.”

But the Greens noted that the harm caused by Schmidt's actions had repercussions beyond Germany.

“Yesterday's decision was not only an affront to millions of people, but also against Germany's most important EU partner: (French President Emmanuel) Macron,” said parliamentary chief of the Greens, Anton Hofreiter.

With the bloc's largest population, Germany's change of heart was instrumental in breaking a long deadlock within the 28-nation union over the fate of the pesticide, which critics fear causes cancer.

Eighteen of the 28 EU states voted in favour of the European Commission's proposal for a five-year renewal, with nine including France voting against, and one abstaining.

Following the vote, Macron said he had asked the French government to look for alternative pesticides and ban glyphosate in France within three years.

Stephan Gabriel Haufe, spokesman for the German environment ministry, meanwhile told AFP that his office is working with the French to see how it can “restrict this chemical as far as possible in Germany, that's clearly our aim.”