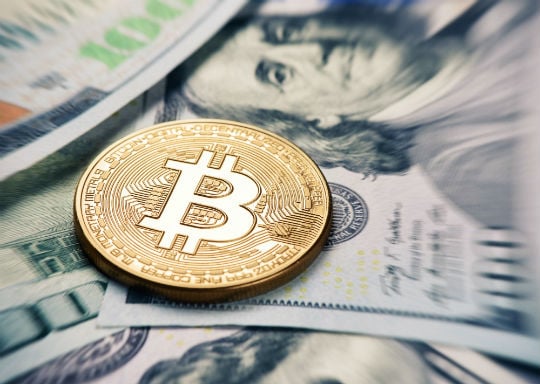 Bitcoin: some call the world’s best-known cryptocurrency a fad, others call it the future. Whichever it turns out to be, there’s no denying it presents a fascinating alternative to traditional currency.

Sweden has enthusiastically embraced bitcoin and is marching at the forefront of the cryptocurrency revolution.

“Sweden is among the leaders in the global bitcoin market,” confirms Claire Ingram Bogusz, a researcher at Stockholm School of Economics specialising in bitcoin and other cryptocurrencies.

“There’s a very high-level of knowledge about it here, and a high-level of digital competence in the Fintech space,” she says, referring to Stockholm’s status as the second largest FinTech hub in Europe. “We may not be the size of Hong Kong or London, but it’s hard to find that level of digital competence in other financial centres.”

Bitcoin (BTC) was first introduced in 2009 and is created as part of a process known as mining. The peer-to-peer network relies on a technology called the “blockchain”, a jointly-managed public ledger, to record and verify transactions.

Abuzz with bitcoin and blockchain

Once a transaction is part of the blockchain it can’t be reversed or altered in any way. That means the technology can be used to build trust in any transaction — from holding a vote in a general election, to revolutionising supply chains in practically all industries.

“The more efficient the blockchain becomes, the bigger the possibility that the technology is picked up all over the world,” Ingram Bogusz explains.

And when it is, Sweden will have a head start. The whole country is abuzz with both bitcoin and blockchain activity.

From Malmö in the south, where payment solution company Plingpay is using bitcoin’s blockchain as a bridge between traditional currencies, to Boden in the far north, where several crypto mining and blockchain companies have established data centres, Sweden has solidified its position as a hotspot for cryptocurrency experimentation and innovation.

Find out where you can establish crypto mining in Sweden

But as Nils Lindh, Data Center Business Developer at Boden Business Agency point out, the blockchain infrastructure can be used for much more than bitcoin.

“It’s a huge ledger of transactions that cannot be manipulated in any way. It can hold identities, value, and ownership,” he says.

“For instance, it could hold your vote in a general election, taking away any speculation that votes had been tampered with.”

Lindh explains further that blockchain has the potential to totally disrupt existing supply chains in all kinds of industries.

“For example, if an airline needed a spare part for one of their planes, using the blockchain they could follow that exact part and it would cost much less than the current supply chain that’s in place. And they can be certain they’re getting the right part for the right plane at the right time.”

Indeed, Sweden's embrace of blockchain isn't restricted to cryptocurrencies. The country's official land registration authority, Lantmäteriet, is in the middle of a ground-breaking project looking at how blockchain's promise of “digital trust” could by applied to property transactions.

The authority partnered with banks and telecom company Telia to create “smart contracts” on a blockchain that allow buyers and sellers to use digital signatures to sign off on a property sale.

But how has a country tucked away in the Nordics become an unassuming nerve centre for digital commerce?

Sweden’s many natural advantages offer one explanation for why it’s so attractive to bitcoin companies. Bitcoin mining is power intensive work that generates a lot of heat, so miners seek out locations with low-cost hydroelectric power.

An 'e-krona' around the corner?

Another explanation for the surge in cryptocurrency activity is the Swedish government’s open-mindedness. “We’re seeing a lot of interest from foreign companies interested in setting up cryptocurrency operations in Sweden”, says Tomas Sokolnicki, Head of Data Centers by Sweden, which works to attract foreign data center investment to Sweden.

“It's not only the low cost of operations but above all the Swedish government's eagerness to embrace new technologies which presents an opportunity.”

Cash usage in Sweden is declining, and as a result there has been talk of the Riksbank, the country’s central bank, introducing the “e-krona” as a complement to cash. The bank explained in its report that an electronic currency could make society less vulnerable in a payment market run exclusively by private actors.

“The e-krona is a real possibility. It will definitely happen sometime in the next five years,” confirms Ingram Bogusz.

She adds that, while a decision is yet to be made, the Riksbank’s “e-krona” may rely on the same underlying technology used for bitcoin.

“The proposal does mention possibly using the blockchain, but the Riksbank is still working on the proposal for a technical solution.”

Certainty in an uncertain space

The north of Sweden combines a cold climate, an abundance of renewable electric power, and vast natural resources – all in all making it a highly-desireable spot for any kind of high performance computing (HPC), including bitcoin mining.

“Blockchain is like any software program, it needs to run on computers somewhere,” says Anne Graf, CEO of HPC colocation center Hydro66, which was established in Boden in 2015.

“The Hydro66 data center has access to huge amounts of green electrical power at a great price, which makes it attractive for blockchain as it tends to require a lot of power.”

Patrik Öhlund, CEO of Node Pole, owned by utility companies Vattenfall and Skellefteå kraft, confirms that the government’s attitude to cryptocurrency has also been integral in luring global bitcoin giants to Sweden.

“I met with the owners of Canaan Creative in Beijing the other week,” he says, referring to a Chinese bitcoin mining firm that recently established operations in Sweden. “They said they felt in Sweden you have an open and stable society where you can discuss cryptocurrency and voice opinions.”

News of a possible “e-krona” also played a role in attracting Miami-based blockchain and high-performance computing (HPC) company The Future of Mining to Sweden.

“They said they perceived the government to be very progressive about cryptocurrency,” Öhland explains. “They’d read about e-kronor and understood the government was open to this kind of technology.”

The anatomy of a bitcoin transaction. Graphic: Data Centers by Sweden

Ingram Bogusz supports this explanation, adding that while Sweden may not have the huge financial sector boasted by some of the world’s other leading bitcoin centres, it does have a financial supervisory authority that’s been very responsive to working with FinTech startups.

“That creates a lot of certainty here when you’re operating in an uncertain space.”

While the future of bitcoin and other non-state backed cryptocurrencies is speculative, Ingram Bogusz and other experts agree that blockchain technology will likely disrupt more than just the finance industry.

“Bitcoin is proof of concept,” she explains. “Looking forward, it’s blockchain technology that is going to be most interesting.”