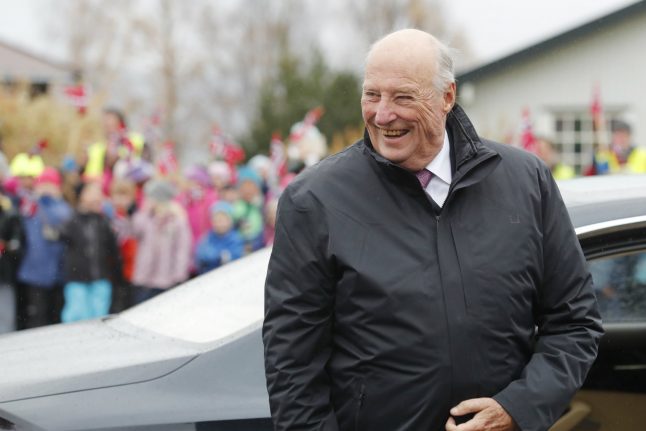 “His Majesty the King is in fine form and left Oslo University Hospital this morning,” the palace said in a briefly-worded statement.

The monarch was hospitalised on Friday for an infection but no other details were disclosed.

King Harald V is the grandson of Haakon VII, the first king of Norway after the 1905 dissolution of a union with Sweden. He became king in 1991 on the death of his father.

The 80-year-old monarch, who has ruled the country since 1991, underwent surgery for bladder cancer 14 years ago and had another operation in 2005 on a cardiac valve.

“His majesty the King was hospitalised Friday at the Royal Hospital of Oslo because of an infection,” a press release from the royal household said on Sunday.

“His condition is satisfactory and the king is healing,” it said.

The King's schedule for Monday was cancelled, but the rest of the week's activities are currently due to go ahead, a spokesman for the palace told the daily VG, without giving any further details about the nature of the infection.

The King, who celebrated his 80th birthday in February, still has an active schedule and recently participated in a military remembrance event and met victims of flooding in South Norway.