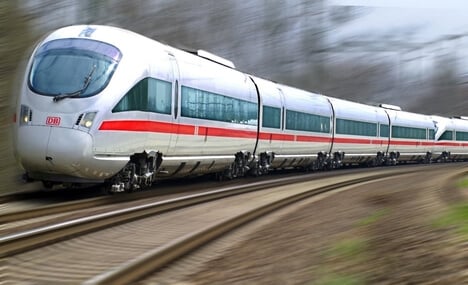 “One solution to the problem would be if every train to Berlin also stopped at Wolfsburg,” said Karl-Peter Naumann, spokesman for Pro Bahn.

Naumann was responding to news that a fifth train in recent years has driven straight through the home of Volkswagen cars without stopping.

“The problem exists elsewhere, but Wolfsburg is the most prominent example,” he said.

One disgruntled passenger told the Wolfsburger Allgemeine Zeitung that when she asked a train conductor why the train hadn’t stopped, she was told that ”there are worse things that can happen in life.”

The woman missed a business appointment because of the mistake.

The train eventually made an unscheduled stop at Stendal in Saxony-Anhalt, where Wolfsburg passengers were able to disembark and catch the next train in the opposite direction.

Deutsche Bahn said in a statement that it regretted the mistake. But it rejected the accusation that trains which are scheduled to stop are a danger to waiting passengers when they travel at full speed through a station. The train company said that passengers waiting on the platform are given a clear warning through loudspeakers when a high-speed train is approaching.

But, according to Naumann of Pro Bahn “relevant warnings aren't given every time these days.”