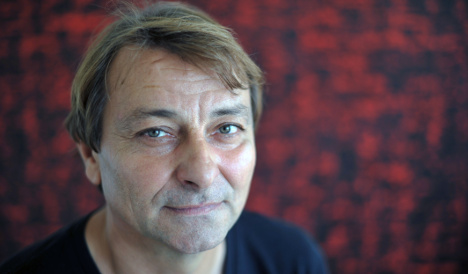 Battisti has been on the run for more than three decades but has lived freely in Brazil for the last few years.

He was arrested on October 4th near Brazil's border with Bolivia and later released, but Italy has made a new push for him to be sent back to face justice.

Battisti is wanted for his role in four murders attributed to Armed Proletarians for Communism, a far-left extremist group active in the 1970s.

“My extradition would be illegal,” Battisti, 62, said in an email received late on Friday in response to questions from AFP.

Battisti cited a decree signed by Lula on the last day of his mandate in 2010. It rejected the Italian's extradition and “can no longer be revoked,” the fugitive said.

Battisti also mentioned that he has a four-year-old Brazilian son.

Asked about his fears in the case of extradition, he replied: “torture and assassination.”

He said there were numerous times when “I was threatened by police, by military, by politicians including the former minister (of defense) Ignazio La Russa from the government of Silvio Berlusconi.”

Convicted in 1979 of being a member of an armed gang, Battisti escaped from a prison near Rome two years later and fled to France via Mexico.

He was subsequently convicted in absentia of having personally killed two members of Italy's police forces, taking part in the murder of a butcher, and having helped plan the slaying of a jeweler who died in a shoot-out which left his 14-year-old son in a wheelchair.

He admits to having been part of an armed revolutionary group but denies responsibility for any deaths.

Having published several critically acclaimed novels, he described himself in a 2011 interview as a reformed man.

France was on the verge of handing Battisti back in 2004 when he skipped bail and fled to Brazil, where he lived clandestinely until his 2007 arrest in Rio de Janeiro.

He then spent four years in custody while his fate was debated by politicians and the courts.

Lula's January 31st, 2010 decree that Battisti should not be returned to Italy was upheld the following year by Brazil's supreme court.

He was freed, sparking outrage in Italy.

Police stopped him two weeks ago at the Bolivian border, allegedly with cash worth several thousand dollars — more than is permissible to carry in Brazil.

A judge who ordered him initially detained said it appeared Battisti wanted to flee out of fear of extradition.

Battisti accuses authorities of laying a trap for him.

He said he was with two friends and that together their cash fell within the allowable limit.

“There was no crime,” said Battisti, describing it as a shopping trip.

Rome has repeatedly sought the extradition of Battisti, a symbol of Italy's “Years of Lead” which saw political bombings, kidnappings and killings by extreme left and right groups in the 1970s and early 1980s.

Brazil's President Michel Temer is believed to be favorable to extradition, but prefers to wait for a final decision by Brazil's Supreme Court, according to sources at the presidency.

Battisti, however, expressed confidence that the court will rule in his favour when it considers his case, likely on October 24th.

One of the court's judges, Luiz Fux, has blocked any extradition before then.

Battisti estimated the chances that he will be returned to Italy at “less than 50 percent.”