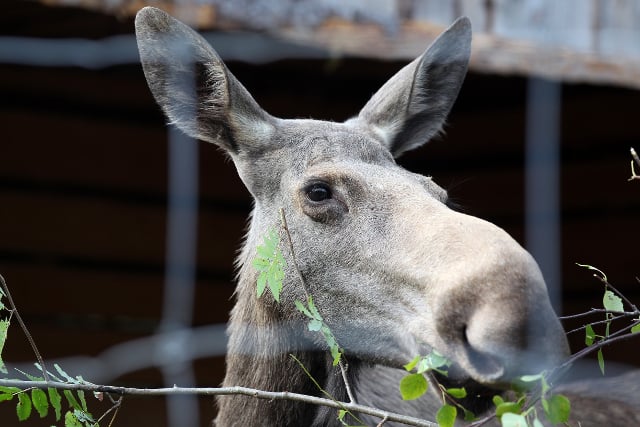 Not the elk mentioned in the story. Photo: Pernilla Wahlman/TT

The young elk had strayed into the centre of Sweden's second-largest city in the early hours of Thursday. Police received the first call at 4.34am, and were still looking for it three hours later.

Witnesses reported seeing the elk at the Drottningtorget square in central Gothenburg, the Ullevi sports arena and swimming in the canal. The animal was even spotted outside the police station.

It was also hit by a car, but kept running.

“We are worried that it is going to get out on to the E6 or another major road. It is stressed. We have a hunter so we may have to shoot it in the end. You can't catch an elk,” police control room officer Ann-Christin Löfstrand told public broadcaster SVT in the morning.

Shortly before 11am police confirmed the elk had been found and put down by the hunter between Svenska Mässan and Mölndalsån, near the E6 motorway.

READ ALSO: Is it an elk or is it a moose?