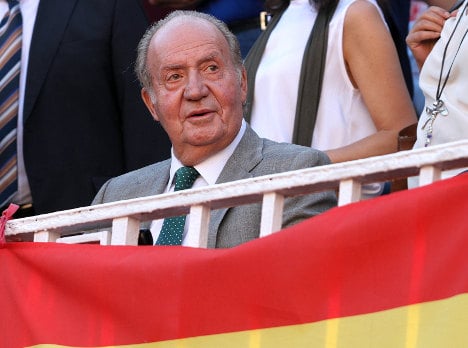 Juan Carlos, who abdicated in 2014 to make room for his son Felipe VI, won late Thursday in the Six Meter Class World Championship at the end of the regattas in the Pacific Ocean.

Juan Carlos and his crew aboard the all-new Bribon Gallant outpaced American Peter Hofmannn and Brazil's Lars Grael, according to the Royal Vancouver Yacht Club.

The winners took only a single regatta out of eight since the races began on Monday, but had ended the others in good relative positions in wind conditions around seven to 10 knots during the week.

In this category, in which 21 boats competed, four-time winner of the America's Cup Conner ranked 14th.

The so-called classic six category refers to any boat designed before December 31st, 1965. New models use composite materials instead of wood.

These sailboats popular among enthusiasts typically have long sloped overhangs that transition into the keel, and a rudder attached to the trailing edge of the keel.