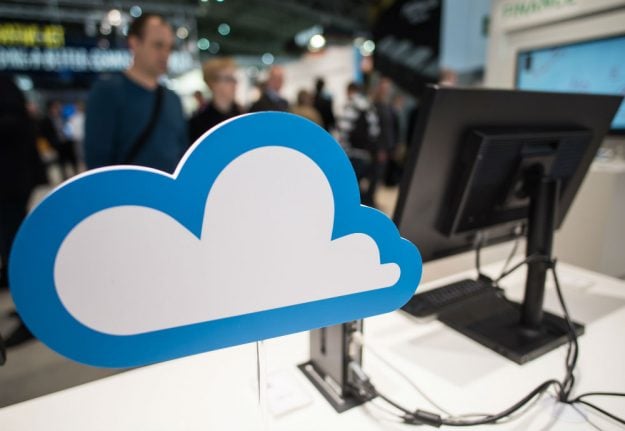 Current and prospective Google business customers in Germany might be happy to know that the company will soon offer applications and data storage to its cloud services.

Google's new “cloud region” will be based in a data centre in Frankfurt.

“We are responding to a frequent customer request,” head of infrastructure at Google Urs Hölzle told the DPA on Tuesday.

Cloud services is a broad term which encompasses a range of services – such as email platforms and backup solutions – provided over the internet. These services are designed to add security, increased flexibility, better accessibility and reduced costs for users, according to Forbes, allowing them to tap into the processing power of data centres.

Hölzle claimed that Google's new service would enable companies in Germany, as well as in Switzerland and Austria, to offer a noticeably better network connection than other cloud services.

Hölzle emphasized that Google has no access to customer data in all cloud regions. Customer data are encrypted and therefore not visible to internet companies, she stated.

The cloud uses its own base network for optimal network connection and users' programs would run via this network in the data centre.

With regards to the new cloud region, Bavarian economic affairs minister Ilse Aigner stressed the importance of digitalization as the “biggest innovation driver in the history of mankind.”

The cloud is an essential aspect of digitalization, she said, and an enormous amount of potential is still lying dormant particularly for German small and medium-sized businesses.

Some of the key customers of Google’s cloud services currently in Germany are manufacturer of cleaning equipment Kärcher, service provider Rewe Digital and startup Meisterlabs.