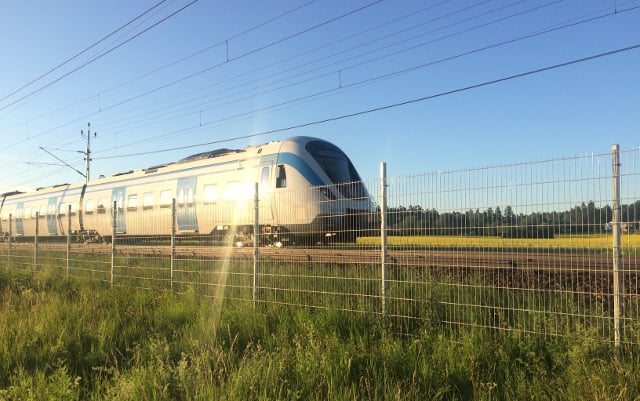 A signalling control station caught fire on Wednesday morning, which meant that rail traffic ground to a halt between the Upplands Väsby and Arlanda/Märsta stations, north of Stockholm.

This affected traffic on the busy Stockholm-Uppsala line during the busiest time of the day.

Intercity and regional trains between Stockholm Central Station, Märsta, Arlanda Airport and Uppsala were affected, as well as some commuter trains and the Arlanda Express.

“The fire and rescue services and our repair workers are there,” said traffic authority spokesperson Josefine Gröndahl, adding that she did not know when trains would start running as normal again.

The Transport Administration said in an update that the railway reopened at 8.15am, but that cancellations and major delays were to be expected, both for commuter trains and regional and intercity trains.