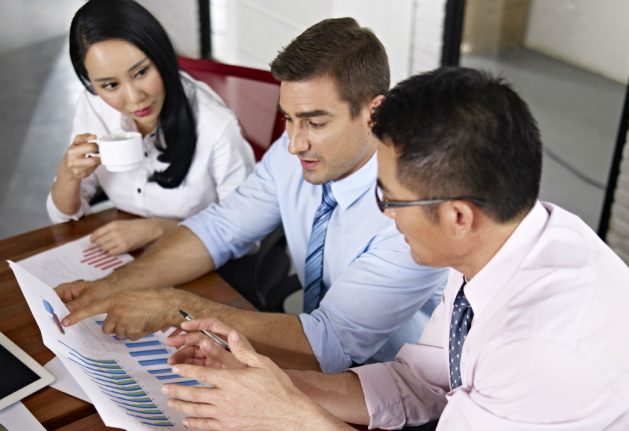 Germany has slumped down a global ranking on expat life, falling from 17th to 23rd in an annual report of life in 67 countries by InterNations, which was published on Wednesday.

Similarly to last year, expats in Germany were very happy with their economic situation, and with the quality of life in general, but had serious complaints about the friendliness of the people they were living amongst.

One in eight expats resident in Germany said their primary motivation for coming to the country was finding a job, with job security and good career prospects helping Germany reach 7th out of 65 countries on the survey’s Working Abroad Index.

Just over two thirds (67 percent) of expats in Germany rate their job security positively, far above the 57 percent average globally. Meanwhile 52 percent rated the local economy as good. In comparison, only 19 percent of expats worldwide had a similar view of their adoptive countries.

Salaries were also revealed as a major enticement. Over half (54 percent) said they were earning more in Germany than they would do in a similar job back home.

At the same time, expats in Germany don't feel overworked – two thirds said they had a good work-life balance.

Few expats in Germany are casting anxious glances over their shoulders when they are out and about – just 2 percent said they worried about their personal safety. People were also happy to live in a country they saw as politically stable, despite 2017 being an election year at a time of political instability in Europe.

Expat parents are relatively satisfied with the chances Germany offers their kids.

One in three said that the German education system is affordable, compared to a low global average of 16 percent. This could well be because 43 percent of parents opt to put their kids through the state education system.

One parent seemed particularly delighted by the fact that Germany allowed them to let their children run free. “It’s not easy to pick what’s best! ‘Free-range parenting’ is the norm and children can get to their own activities with their bikes, on foot, or public transport,” she told the survey.

Nonetheless Germany ranked a fairly mediocre 22nd out of 45 countries in the Family Index, partly due to the fact that Germans are sometimes a bit suspicious of little tots.

But once again, expats grumbled about the natives, who they said did not make it easy to feel at home. On the Ease of Settling In Index Germany ranked a miserable 56th place. The only silver lining was that that was a rise of one position in comparison with 2016.

And Germans can still take solace in the fact that they're not as bad as those grumpy mountain folk down south. Austria was the second worst for friendliness and ease of settling in.

“Germans in general can come across as rude and obnoxious. Although that is a huge generalization,” one British expat told the survey.

But it wasn't just the locals, it was their cumbersome language too.

Only one in twenty said that it is easy to live in Deutschland without wrapping your tongue around Deutsch. But mastering the language of Goethe can be woefully hard. Some 69 percent said they struggled to pick it up – 20 percent higher than the average in other countries.

And one more thing while we're at it. Why is it always raining here? Perhaps due to a particularly miserable summer of storms and rain, 42 percent said they were happy with the climate, against a global average of 61 percent.