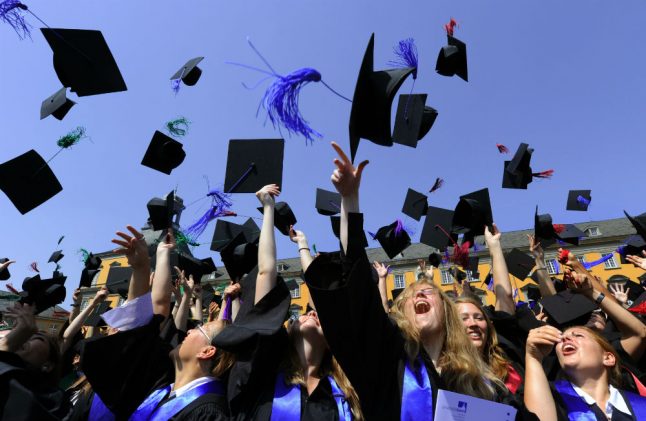 In the 14th annual edition of the Times Higher Education (THE) 2018 World University Rankings, Ludwig Maximilian University (LMU) in Munich led the way as Germany’s highest placed institution, ranking as the 34th most reputable university in the world. The Munich school had nonetheless slipped four places in comparison with last year.

The THE ranking included 1,000 universities from a total of 77 countries. 44 German higher education institutions made the list this year, up from 41 last year.

Of the other German universities on the list, Munich’s Technical University and Heidelberg University did best, ranking in the top 50 at 41st and 45th place, correspondingly.

Some German universities moved up significantly compared to last year. The University of Freiburg for instance rose from 95th to 82nd place while the University of Cologne ascended to 145th from 170th place.

Several new German institutions joined the list this year too. Charité – Universitätsmedizin Berlin ranked in 126th place, University of Passau and University of Potsdam ranked in the 201-250 cohort and Hamburg’s University of Technology snuck into the 401-500 bracket.

SEE ALSO: Why small German university towns are the best for foreign students

Meanwhile the University of Bonn managed to squeeze into the top 100, rated 100th place up from 113th last year.

“Germany remains one of the strongest higher education nations in the world, but its universities are increasingly under threat from the rise of Asia,”said Phil Baty, editor of THE, in a statement.

Germany could also benefit from a potential decline in the number of international students applying to American and British universities in light of Brexit and tightened immigration policies in the two countries, according to Baty.

“If Germany ensures that it can continue to invest in its world-leading higher education sector, and remain open and welcoming as other Western nations become increasingly insular, the country will be more competitive in the years ahead,” he said.