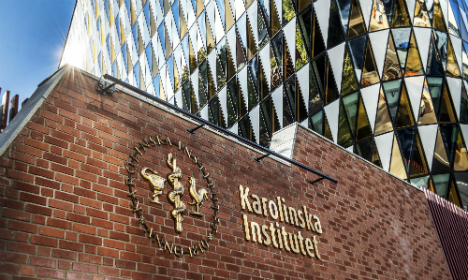 The scandal involving KI’s former surgeon Macchiarini could have played a factor in the drop. Photo: Thomas Oneborg/SvD/TT

Stockholm’s KI, which selects the winners of the Nobel Prize in medicine and which ranked 28 among the world’s top 1,000 universities last year, now comes in at number 38. In an e-mailed response to Swedish news agency TT, Phil Baty, the editor of THE, described the result as “a shame” for the institution.

According to Baty, much of the tumble can likely be blamed on the scandal hitting the institution involving celebrity Italian surgeon Paolo Macchiarini. The surgeon was fired from KI over accusations of misconduct after several of his trachea transplant patients died.

Baty said, however, that those handing out the scores in its annual ranking don’t need to motivate their choices, “but in this case (Macchiarini) could have been a factor”.

But KI isn’t the only prominent Swedish university doing worse off this year: Stockholm’s KTH Royal Institute of Technology fell from 159 to 173 and the University of Gothenburg to 198 from a previous 170.

Britain’s Oxford University topped the list for the second year in the row, followed by Cambridge in second place, while the California Institute of Technology shared a third place with Stanford.

A total of 77 countries take part in the annual ranking.