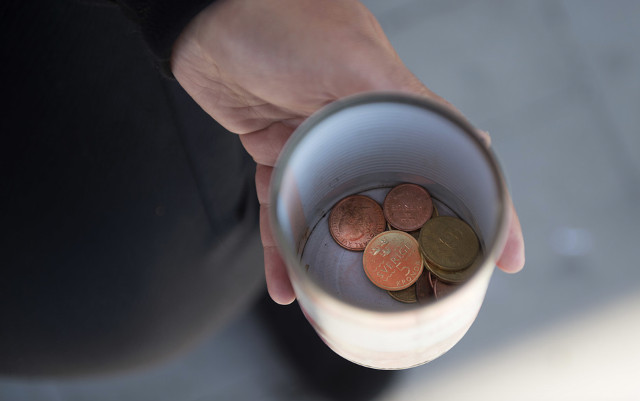 The Moderate, Liberal and Sweden Democrat members of Vellinge's municipal board (kommunstyrelse) voted in favour of a begging ban on Tuesday, out-voting the Social Democrats, Green Party, and local party Nya Listan, who voted against it.

The proposal would mean a ban on begging at several squares and public places in the municipality from January 2018. It will first have to be approved by the Skåne county administrative board (länsstyrelse), but the Moderate leader of the municipal board says she is prepared to go to court if the ban is blocked.

“I am aware that it's a difficult issue, but I don't think we fight poverty by allowing begging,” Carina Wutzler told Swedish news agency TT.

A previous attempt by Sala municipality to introduce a ban on begging in 2011 was put to an end by the county administrative board because it was not considered compatible with public order laws. In Vellinge, the ban has been restricted to a select number of areas in an effort to get around that issue.

Wutzler argues that people who want to help beggars should donate to charities working in their country of origin rather than giving them money for begging.

READ ALSO: 'Street begging is not new to Sweden'

Banning begging has become an oft-discussed issue in Sweden as of late, following a surge in the practice in the country. Between 3,200 and 3,800 vulnerable EU migrants are now thought to be living in the Nordic nation, with many of them asking for money on the streets.

Critics like campaign group Civil Rights Defenders argue that a ban hurts those who are exploited rather than the people exploiting them.

“If you think you can legislate poverty away then it’s incomprehensible you should target the poor person instead of whoever put him or her in that situation,” Civil Rights Defenders Sweden’s general secretary Robert Hårdh said last year.

In neighbouring Denmark begging is banned, and is even punishable by deportation under newly-tightened legislation.