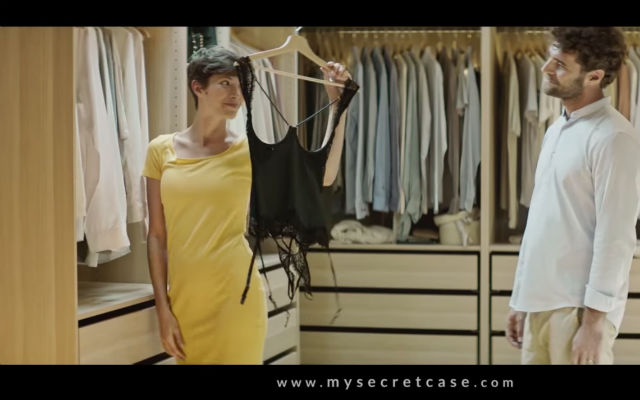 The advert for the pleasuring device aired on satellite channels Realtime, NOVE and DMAX for the first time in July but is now also being shown on terrestrial channels Mediaset and La7, according to Corriere della Sera.

The same report claims it's the first time an advert for a sex toy has been aired on national television.

The 30-second clip showcases sex toys by mysecretcase.com. The company's website says the store was born in 2014 as “the first Italian sex shop dedicated entirely to women's pleasure.

“Advertising has often represented, rather used, women as objective, not subjective, beings,” Francesca Mudano, who organised the campaign, told Corriere Agrigentino. “It's time to change that paradigm,” she added.

In the advert, four women of different ages are seen holding a sex toy.

“We want a world where women aren't a sexual object,” says the voice in the ad, “but can have them all.”

The ad may be airing for the first time, but My Secret Case has made a name for itself with bizarre commercial stunts. In 2013, the company decorated a Christmas tree in Milan with nothing but sex toys.

My Secret Case also organises a series of conferences called 'Vagina Days', according to L'Espresso, under the slogan: “To not know your own vagina is like never having looked in the mirror.” The first meeting was held in Milan in December 2015.