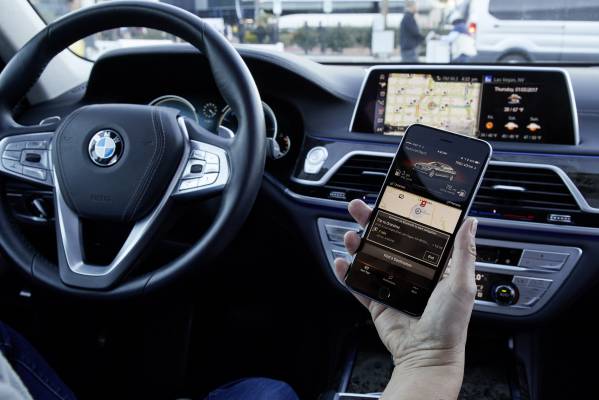 Question of the day: What does a world-famous German luxury car have to do with a town in Sweden's far north?

More than you might think. If you drive a BMW – or if you ever marvel at the sleek automobiles as they drive past – give a round of applause to Swedish data center technology.

“I heard that Facebook had servers in Luleå, northern Sweden, and it piqued my curiosity,” Christoph Schmid of BMW's central IT infrastructure tells The Local.

At the time, Schmid was scouting new locations for BMW’s data centers – a more integral part of the car brand’s DNA than many drivers may realize.

Basically, before anyone ever sees a BMW, the model has been through hundreds of simulations and calculations.

“We do crash simulations and test fluid mechanics, for instance. Instead of making a real crash test where the car could be damaged, we can calculate impact via these simulations and make cars safer,” Schmid says. “This is a critical part of our business,” he adds.

But with other data centers in Munich and other locations on the European mainland, what brought the German car giant to Piteå – a small Swedish town with just 43,000 residents and a subarctic climate?

“I think there were many factors that made BMW choose us,” says Anders Berglund, CEO of Fortlax, which has run data centers for BMW since 2016.

“We have a lot of green power, hydropower and wind power – more than we can use up here in northern Sweden – 96% of installed power capacity in the region is renewable.

“And then it’s a very safe, stable region. There are no natural disasters here and we have excellent connectivity – most households in Sweden has fiber optic cables.”

Fortlax, now one of leading data center facilities in the Northern Sweden, heard that BMW was looking for space in Sweden back in 2015.

Click here to learn more about Data Centers by Sweden

“At the time we only had one data center up and running here in Piteå, and were planning on building another,” Berglund recalls. “That’s when we had our first contact with BMW, and they came and visited us.”

The car company declared they were interested – but requested that Fortlax build the data center, in accordance with the specifications BMW needed, first.

“It was a risky decision, to start building a data center without any customers,” Berglund admits.

But it’s a risk the company was willing to take.

“It’s the only thing to do if you want to get the really big customers – it’s like a hotel; people don’t book it if it doesn’t exist. You have to see it and feel it.”

Fortlax began building the center, keeping BMW informed of the progress every step of the way – and when the facility was almost ready, officials from Munich were invited to bid.

“The process took almost another six months,” Berglund says. “And then there we were, in Munich in March 2016 shaking hands, and they said, ‘You’ve won the tender’. That was a great moment.”

The data center’s devotion and hard work definitely helped win BMW over – but Schmid says there was a host of other factors that made Sweden the clear choice. “We had a criteria list. Our department is responsible for the IT infrastructure of the whole BMW group, so it’s important for us to find the best locations,” Schmid says.

“For instance, at BMW we have all sorts of sustainability targets – we have to have a low carbon footprint. Sweden has a cool climate, which is important to lower costs, and also lots of electrical hydropower plants.”

The group also was looking for a location with low geological and political risks – another perk of Sweden.

“And then of course we needed access to state-of-the-art data center technology — and people with the right IT skills to work at the center.”

Fortlax offered the best combination of technical and sustainable commercial benefits, checking off all the boxes on BMW’s list.

“It’s a great partnership,” he says. “We have a professional relationship and have direct contact in case we need anything. We have no regrets.”

Plenty of other companies – including other car manufacturers – are already using computing power from northern Sweden. And Schmid suspects the demand is only going to increase.

“Everyone who needs data centers has similar demands,” he says.

“So therefore the north of Sweden…well, it makes a lot of sense. For me, and for BMW, it’s clear.”