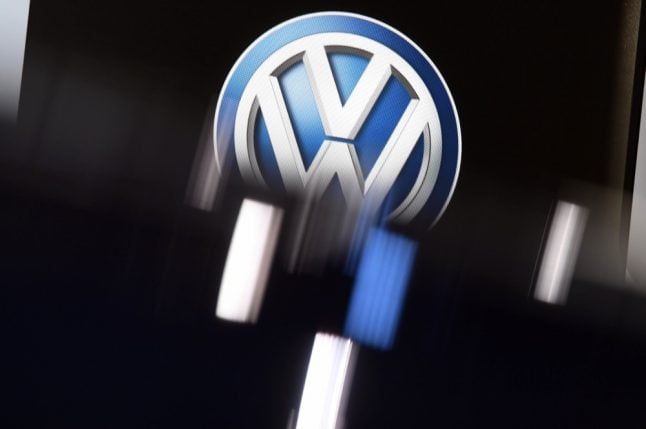 Regulators “are examining whether VW and Daimler respected their duty to inform markets following their allegedly reporting themselves to the authorities,” a spokesman for the Federal Financial Supervisory Authority (BaFin) told AFP, confirming a report from German business daily Handelsblatt.

BaFin's intervention follows confirmation from the European Commission that it has launched its own investigation into whether the discussions between German manufacturers were legal.

According to German media reports, VW and its subsidiaries Audi and Porsche colluded with Mercedes-Benz maker Daimler and BMW, agreeing technical, purchasing and marketing details and even levels of polluting emissions.

Deals on the last point allegedly led to the diesel emissions cheating scandal that has cost VW tens of billions in fines and compensation since 2015.

Companies listed on the stock market are obliged to inform investors promptly about any information that could affect their share price.

Neither VW nor Daimler have confirmed reports that they informed the competition authorities of the secret talks allegedly held since the 1990s.

For its part, BMW is not believed to have reported the discussions, and BaFin is therefore not investigating the Munich-based firm.

Recent changes to German law mean BaFin can inflict beefed-up penalties on companies found to be infringing the rules on ad hoc notifications to investors.

A fine could reach as high as 5.0 percent of a firm's annual revenue – a sum that could reach into the billions for a group of VW or Daimler's size.

But the regulator's spokesman said it was not yet clear whether any wrongdoing would be dealt with under the old or the new law.

SEE ALSO: What you should know about the 'dieselgate' scandal shaking up Germany's car industry