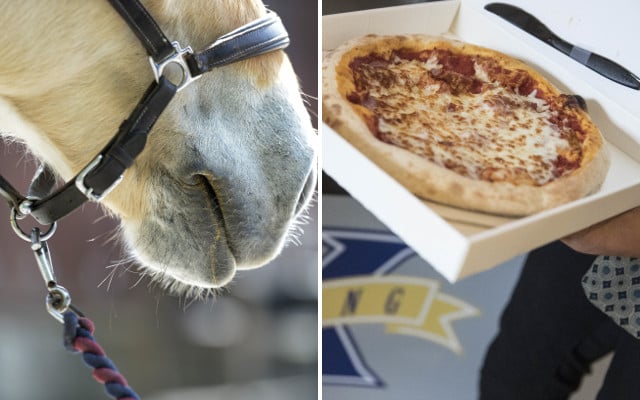 Though feeding the animals is banned at the farm, tourists have opted to do so anyway, and their knowledge of an appropriate diet for them appears to be limited.

In recent summers the horses have been given pizza, ice cream and sausages, to name but a few items.

As a result the horses have grown seriously overweight, and the owners have now been forced to take them away from the public to a private enclosure until the tourist season is over in the autumn.

“I think that a lot of people humanise animals. We eat sweets and other sweet things and meanwhile the horses stand there and beg, they don’t understand any better,” the Halmstad-based farm's manager Helena Kummel explained to agriculture magazine ATL.

Some of the horses are so fat that visitors have asked if they are pregnant.