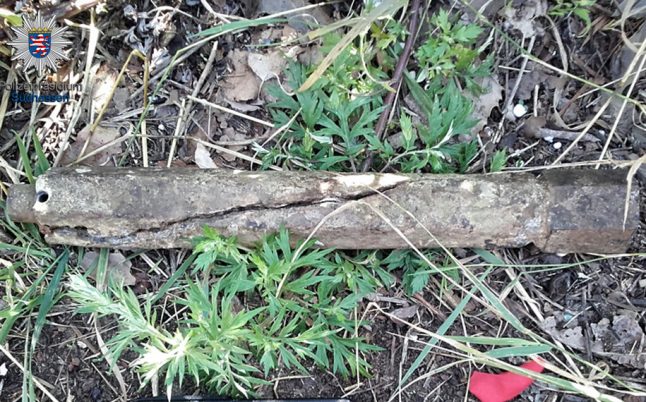 The bomb outside the kindergarten in Darmstadt. Photo: Southern Hesse Police/DPA

The youngster “found an incendiary bomb on a walk in the woods and carried it into the kindergarten,” a police spokeswoman in the western city of Darmstadt said.

“After the 'strange object' was spotted on a shelf, the teachers immediately notified police and took the children to a playground off site,” she added.

Explosives experts rushed to the scene and retrieved the bomb, allowing the children to return to the kindergarten.

They later swept the site in the forest for further bombs before giving it the all-clear.

Police issued a warning that Second World War explosives were often found in woods and fields as well as private gardens and said that suspicious objects should be reported immediately to the authorities.

More than 70 years after the end of the war, unexploded bombs are regularly found buried on German land, legacies of the intense bombing campaigns by the Allied forces against Nazi Germany.

The biggest such evacuation took place last Christmas, when an unexploded British bomb forced 54,000 people out of their homes in the southern city of Augsburg.

And in May, 50,000 people were ordered to evacuate in Hanover, northern Germany, for a major bomb defusal operation. 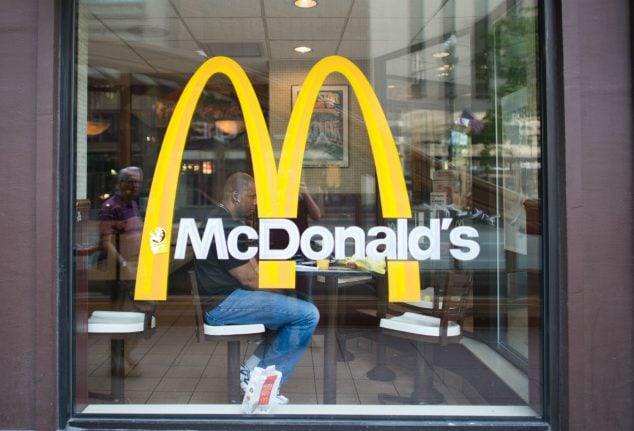 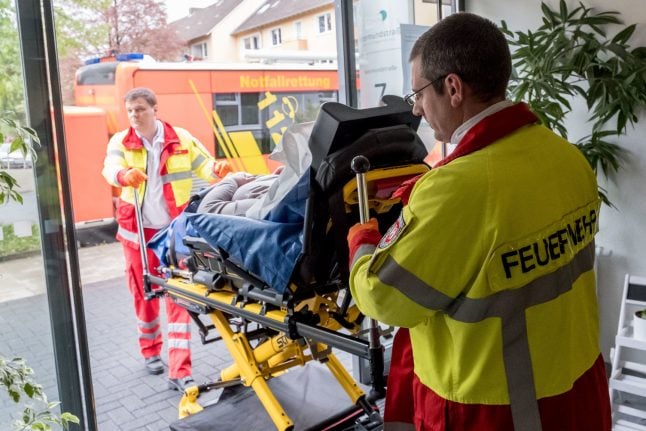