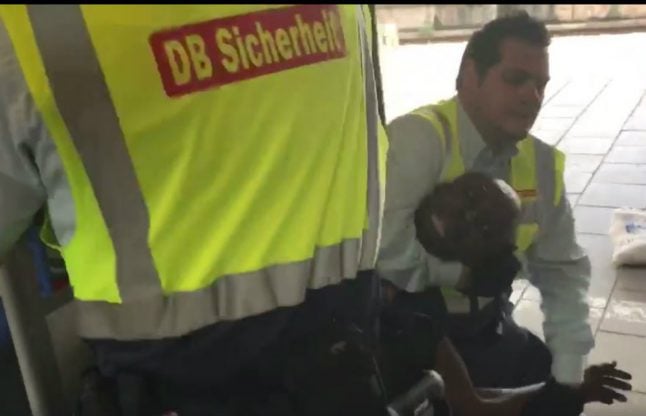 A complaint of grievous bodily harm has been lodged against the Deutsche Bahn personnel, police confirmed on Wednesday.

Police are also investigating the 48-year-old Nigerian for travelling illegally on the S-Bahn route.

The security personnel were filmed on Tuesday dragging the man from the train after they caught him without a ticket. In the video one DB employee can be seen putting the man in a headlock as he holds desperately onto a metal pole inside the train, while another staff member tries to free his grip.

On the platform the 48-year-old Nigerian is then pushed to the floor.

The video was recorded by journalist Natalija Miletic, who told Spiegel that the security staff had acted in a racist manner. She can also be heard on the video accusing the DB staff of racism.

“It was horrible. He was treated like an animal,” she said.

“I don’t think they would ever treated a German or a western European in this way.”