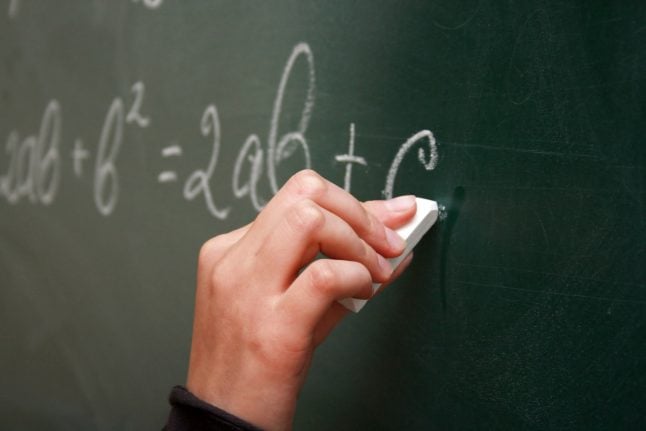 According to newspaper ABC on Thursday, the teacher allegedly spent an entire course at a secondary school constantly spewing harsh insults against her students, including towards a disabled student from Colombia, using xenophobic terms.

Police were alerted to the situation on June 6th when one of the students and his father reported what was happening. The 16-year-old Colombian boy with a physical disability explained that his mathematics teacher, Adela G. L., would not stop insulting him and his other 11 classmates, saying things like “Sons of bitches, you are all awful. I don’t know why you are studying. You are all mentally unbalanced.”

The teenager said that he decided to bring the case to police after sending various letters to the school administration and not receiving an answer.

Police then set up a meeting with school administrators to hear their side of the story. The school director admitted that he knew about the problems between the teacher and her students, and had received complaints from the class as well as their parents. He added that he had opened three different disciplinary procedures against the woman, which were reported to Madrid education authorities.

The leader of studies at the school confirmed that he also knew about the problems.

Police then questioned the other students in the Colombian boy’s class. They also each corroborated his report of verbal abuse. One female student said that the teacher called her “crazy” and said that on four occasions, the teacher physically shook her and grabbed her by the arm. Another time, the student reported that Adela G. L. approached her and threw her belongings on the floor.

Various students said it was common for the 45-year-old teacher to shout: “this is a classroom of idiots”.

Another student reported her saying: “You are the daughter of a bitch, you are stupid and you are not going to do anything in life. You are anti-establishment.”

Another student said the teacher used the terms “anti-establishment” as well as “potheads and drug addicts” to describe the pupils.

Police sources told ABC that the student who seemed to suffer the worst verbal abuse was the Colombian teen, whose mother had died just a week before when the teacher reportedly yelled: “Your mother died because she was a drug addict. What you have to do is study more and forget the death of your mother.”

He was also allegedly the subject of xenophobic attacks because he came from Latin America, thus the teacher is accused of committing a hate crime.

After the inquiries, police went to the woman’s home to arrest her. But when she was transferred to the police station, colleagues there said that they knew her from their neighbourhood because she had had some conflicts there. Specifically, they noted that she suffered from a mental disorder and had not been taking medication.