The mosque, which will be located in the centre of the Norwegian capital, will be called Masjid al-Nisa’ (The Women’s Mosque), reports media Vårt Land.

“I wanted to start a feminist mosque where women have as much space as men. Both men and women should be able to lead prayers, and all genders should be able to pray in the same room,” Thee Yezen al-Obaide, who came up with the idea for the mosque, told the newspaper.

Via the organisation Skeiv Verden (Offbeat World), al-Obaide has also set up an informal network for gay Muslims in Norway, he said.

“The mosque will be a place that is open for anyone that feels that they do not fit in at ordinary mosques. Women, men, trans people, homosexuals, heterosexuals – everyone is welcome,” the man behind the new mosque said.

Al-Obaide said that women should have a more visible role, and that women would be a natural part of all levels of decision-making processes in the establishment of the mosque.

“We need to give women the microphone. They can speak for themselves,” he said.

The project is still in its initial stages, but its founder said he hopes to be able to open the mosque next year.

A liberal mosque with a similar taboo-breaking concept opened last week in Berlin, with a female imam and women and men praying side by side.

Police stood guard outside the entrance of the Berlin mosque on its opening day, but the founders said they had not received any threats or insults, according to news agency AFP.

They did add that they fully expected not everyone would be happy.

Unlike al-Obaide’s and the Berlin mosque, the Mariam Mosque in Copenhagen is open only to women.

The mosque's founder Sherin Khankan, who is herself becoming an imam, said in August last year that she had originally wanted to open a mosque where female imams could preach on Fridays to a mixed crowd, but later changed her mind.

“It turned out that a majority of the community wanted a Friday prayer for women only,” Khankan, born in Denmark to a Syrian father and a Finnish mother, told AFP.

“Today I am very happy about the decision because when you try to create change it's very important that you do it wisely and slowly,” she said.

China, the United States, Canada, Germany, Belgium and Denmark are currently the only countries with female imams. 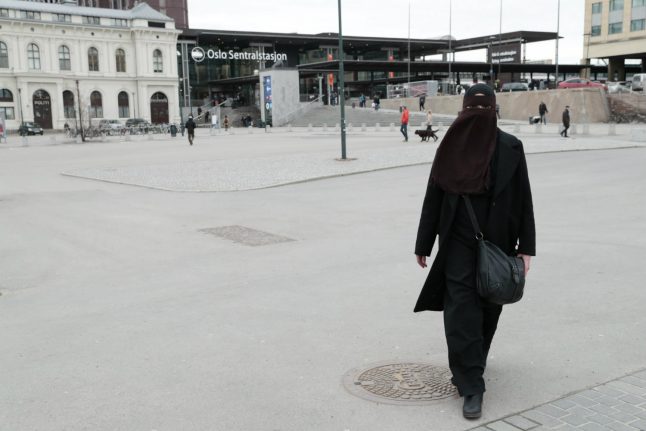 NIQAB
Norway to ban full-face Muslim veil in all schools