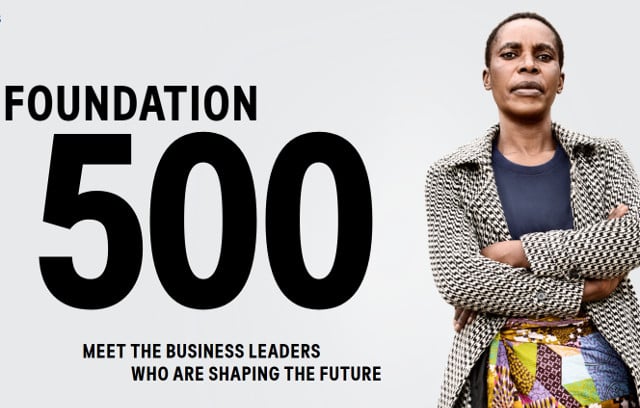 Penelope Likwasi who works to provide medicine in Zambia is one of the entrepreneurs on the list. Photo: H&M Foundation

The “Foundation 500” was conceived by the H&M foundation's financial backers the Stefan Persson family as an alternative to Fortune's well-known list. The goal of the new list is to try to challenge the male-centred stereotype of entrepreneurs portrayed in traditional business rankings, according to the H&M Foundation's Global Manager Diana Amini.

“Most business magazines still portray entrepreneurs in a stereotypical way. Fortune Magazine has not had a woman make the cover since October 2013, and on their list released yesterday only 6.4 percent are women,” she told The Local.

“With the Foundation 500 we want to contribute to redefining who's considered an entrepreneur and lift the stories of 500 incredible women, portraying them in the same style and manner usually reserved for their male business counterparts,” she added. The 500 women on the list all come from emerging markets and harsher startup environments than established entrepreneurial hotbeds like Silicon Valley, and the hope is that by portraying them in the same manner as the people who usually grace the covers of business magazines like Forbes, a greater spread of women will be inspired to realize their full potential as entrepreneurs.

“With the list we want to create role models, helping shift the mindset of the public, politicians and media. We know that empowering women is one of the most effective ways to break the cycle of poverty and create economic growth,” the H&M Foundation's Amini explained.

You can’t be what you can’t see. Raeda Al Barri is one of the women re-defining what a business leader looks like. See the FOUNDATION 500 list. Link in bio. #foundation500 #hmfoundation

Among the names on the list are Philomène Tia, the owner of west Ivory Coast's first bus company as well as a chain of beverage stores and a hotel complex, Rocío del Pilar Ochoa García who co-founded a farmers association in Peru, and Penelope Likwasi, who works to provide people with medicine in Zambia. And unlike the Fortune 500, the list is not ranked.

Amini said the reaction to the Foundation 500 has been positive so far, but did admit she would not be surprised to see a backlash in some quarters:

“As always when women are portrayed as powerful, some people might feel threatened. Our hope is that Fortune Magazine decides to shine a light on the women on the list, that would truly have a strong symbolic value”.