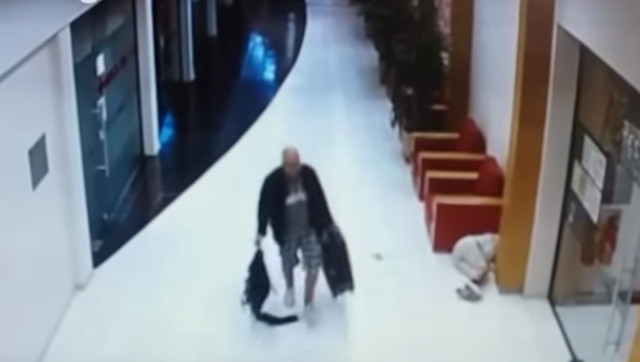 A screengrab from the surveillance camera video.

On Wednesday The Local reported on how the 53-year-old Swedish citizen was detained after a surveillance video captured him kicking a cleaner in the face as she was scrubbing a hotel floor in the popular Bulgarian resort Sunny Beach.

The man said at a remand hearing on Thursday that he was sorry for the incident and did not remember it due to being too drunk at the time, Bulgarian newspaper Dnes reports. The court decided to have him remanded in custody pending trial however, the prosecutor's office has confirmed to The Local.

The cleaner, who was knocked unconscious and suffered a concussion said she was “in shock” and that the man had kicked her “like a football”. She has asked that the man pay her damages for the attack.

The incident has provoked a strong reaction in Bulgaria, where there have been complaints that tourists often treat service staff badly, according to local journalist Lyana Pandelieva speaking to Swedish broadcaster SVT.

“Our legal system is not so strict when it comes to this kind of violence, similar things have happened so many times. Tourists attack staff at hotels or bars, but walk free,” she said.