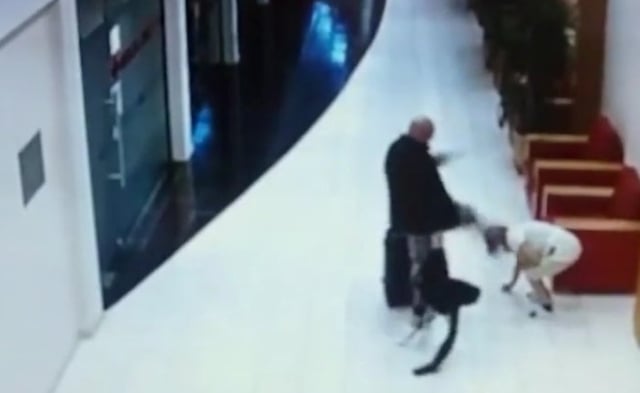 Screenshot of the surveillance camera video.

The man, who is a 53-year-old Swedish citizen according to the Bulgarian prosecutor's office, was caught on surveillance cameras at a hotel in popular resort Sunny Beach, walking down a corridor.

As seen in the video below, he stops when he passes a hotel cleaner. The two appear to exchange a few words before she bends down to continue scrubbing the floor. He is then seen kicking her in the face.

Bulgarian media report that the 65-year-old woman was knocked unconscious and received injuries to her jaw and head, but regained consciousness.

The prosecutor's office told The Local that they would make a formal request to the court on Friday to have the man remanded in custody pending trial. The alleged incident took place on June 3rd, said a spokesperson.

“The police and prosecutor aim to secure public order, not just for foreign tourists. This man is obliged to follow Bulgarian laws and we cannot allow behaviour that humiliates Bulgarian citizens, especially in their work,” Bulgarian news station BTV quoted chief prosecutor Sotir Tsatsarov as saying.