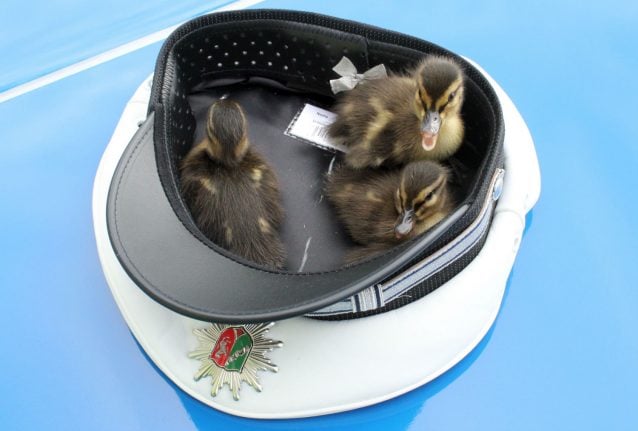 The rescued ducklings in the officer's hat. Photo: DPA

Four adorable ducklings were removed from danger by officers using an officer's hat on Saturday, according to a police report.

Drivers reported seeing a family of ducks waddling down the A40 motorway near Wattenscheid in North Rhine-Westphalia in the late afternoon and quickly notified the police.

Shortly afterwards, officers from the highway patrol came to the rescued of the four foolhardy ducklings. The police report explains that action had to be taken quickly, not only to remove the ducklings from danger, but also to prevent risky braking manoeuvres which drivers may have undertaken to avoid hitting them.

Sadly, the duckling's mother was not to be found.

So that the orphans could be properly cared for and recover from the shock of the ordeal, they were taken in a highway official's cap to an animal shelter in Dortmund.