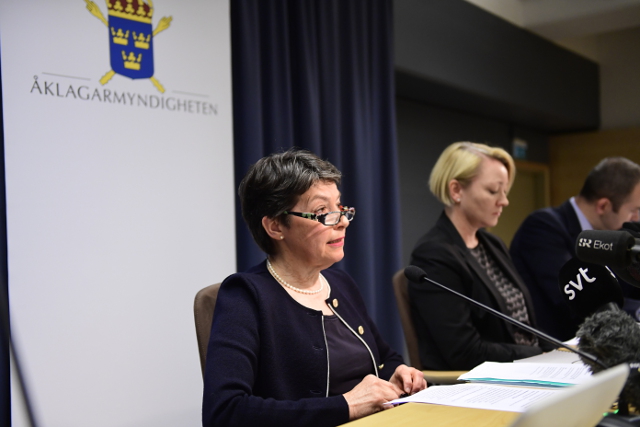 At a press conference explaining the decision to close the investigation into a rape allegation from 2010, prosecutor Marianne Ny said that Swedish authorities had exhausted all of the possible measures they could take without being able to formally serve Assange with notice of the suspicions against him.

“It's of course regrettable that it has not been possible to conduct the investigation in the manner in which one would have liked. Time is of course a factor, and also possibly the great deal of attention paid to this case,” Ny noted.

“It is difficult as well for those affected by the case, but we used all the means at our disposal to conduct an investigation with satisfactory quality.”

Scrutiny in the aftermath of the decision is to be expected, she admitted:

“There have been many choices made during this very long time, and many considerations. I can't sit here and sum up our efforts in any other way than to say that we did everything that was possible for us to do. It is likely that this case will be subjected to scrutiny, not only by the mass media, but the other ways that a case can be scrutinized”.

“There could of course be someone who wants to report me to the Chancellor of Justice (JK) and Justice Ombudsman (JO). If the review bodies find cause to review me then of course it'll happen,” she added.

Bengt Ivarsson, chairperson of the Swedish Bar Association, has criticized how the case was handled.

“It's unacceptable. This isn't a merit for the Swedish judicial system,” he told newspaper.

Ivarsson believes that the prosecutors should have made a decision to interview Assange in London at an earlier stage, as they only communicated their desire to do so in March 2015, after the Australian had been seeking refuge in the Ecuadorian embassy for more than two years.

Ny insisted that the Assange case is not the only instance where prosecutors have been forced to drop an investigation after reaching the end of their means however.

“This case is unique in that the suspect could take refuge in an embassy of a foreign country but still make statements. However, it's not completely unique for us to found ourselves in this situation. In other instances of serious crimes, a rape, murder, human trafficking, we may declare a suspect wanted internationally and they disappear,” she noted.

“In some of those cases it can happen that we have to discontinue the efforts – the important distinction is that normally we don’t know where the suspect is.”