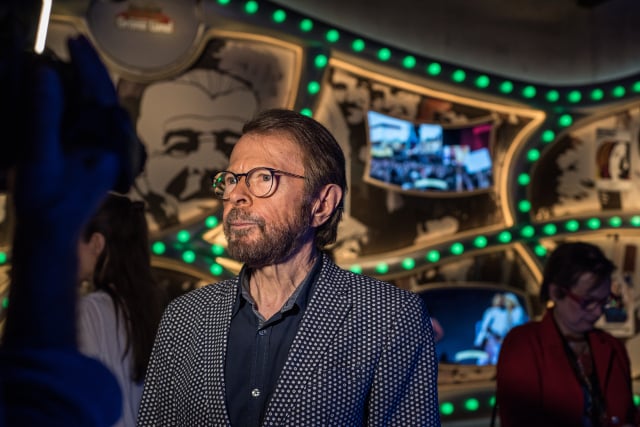 Seven roller coasters, 177,601 hamburgers consumed in 2016 alone, and 89 years of music history – the Gröna Lund amusement park in Stockholm is an institution, not least for having one of the oldest and most important music stages in Sweden.

The Beatles, Iggy Pop, Miles Davis, Bryan Adams, Cliff Richard, Quincy Jones, Ray Charles, BB King, Louis Armstrong – the list of people to set foot on that stage is enviable. Every year since 1928 the park has attracted hundreds of thousands of music lovers to its famous summer concerts, and with line-ups like that it's no wonder.

The new Gröna Lund Backstage exhibition at Pop House Stockholm celebrates that history, paying tribute to all the fantastic stories that have unfolded there over nearly 90 years. The Local contributor Miriam Bade was one of the lucky few to get a sneak peak of the exhibition ahead of its launch,

“This is a very Swedish thing,” Abba legend Björn Ulvaeus tells The Local at the launch. Björn Ulvaeus flanked by images of some of the fellow music heavyweights to play Gröna Lund. Photo: Micke Bayart/Azul

“Gröna Lund is one of the most popular stages in Sweden, in the middle of the city. I think the exhibition is pretty much complete, and I like to go through it with people who haven't seen it before.”

Asked to pick one favourite part, the Abba mastermind says it's too difficult: Not many venues can claim to have hosted Abba in their prime and Chuck Berry. Photo: Micke Bayart

Located downstairs from the main entrance to the popular Abba The Museum in Pop House Stockholm, the first thing visitors see when entering the exhibition is a huge wall of video.

Each screen shows historic concerts, framed and illuminated with multi-coloured light bulbs. Grab a set of headphones and get lost in the sounds, sights and atmosphere of concerts by no less than Jimi Hendrix (1967), Kiss (1976), Lady Gaga (2009) and – of course – Abba (1975).

All took place at Gröna Lund during the last half century. Bob Marley's landmark concert from 1980, represented though closing number Lively Up Yourself, stands out in particular. The realization that this was one of his last performances before dying less than a year later is sure to send shivers up the listner's spine.

READ ALSO: Enjoying music outdoors and other things to do in Stockholm during the summer But even if the exhibition serves as a reminder of memories from years gone by, Ulvaeus admits that years of constant media reporting of his every move has killed some of the nostalgia factor for him.  “I really can't say that it awakens nostalgia in me. It doesn't, because I see it all the time,” he laments

For us mere mortals who haven't lived a life in the spotlight however, it's a brilliant insight into one of Stckholm's truly historic places and an emotional trip down a musical memory lane. Gröna Lund Backstage is open from May until December 20th 2017. Entrance is included in the standard ticket to Abba The Museum, so while you're there watching The Beatles and Hendrix, you should also take some time to learn about Sweden's greatest ever pop export, according to Ulvaeus:

“When I got involved in the Abba museum I wanted to make it with a sense of humour, very human, very warm and for people to get closer to us and maybe to recognize the beginnings”.