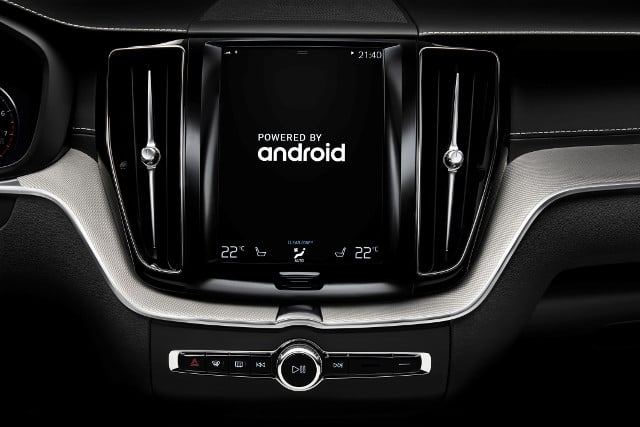 Volvo will offer in-car infotainment and connectivity via Android within the next two years. Photo: Volvo Cars

The technology, which will launch on new Volvos within the next two years, will mean drivers can access apps and services through their vehicles.

Examples of how it could be used include launching Spotify through the car's touch screen then running it in the background while the screen displays Google Maps, avoiding the need to use smartphones during the process. An example of Spotify and Google Maps running on the Android system. Photo: Volvo Cars

The carmaker claims the partnership with Google will “revolutionise” how customers engage and interact with their vehicles, with access to the catalogue of Android apps certified for in-car use offering “connected and predictive services in and around the car”.

“We are making an important strategic step with the Google partnership. Google's platform and services will enhance the user experience by enabling more personalization possibilities, while Android will offer increased felexibility from a development perspective,” Volvo senior vice president of research and development Henrik Green said in a statement.

IN PICTURES: First new Volvo XC60 rolls off the plant

Along with the Android project, Volvo and Google will also collaborate to update previous Volvo models by adding Google's Local Search location-based app to their systems.

Technology has increasingly been a focus for Volvo in recent years, most notably in their testing of an autonomous car model on the streets of Gothenburg, where a number of families were given test cars earlier this year.

They also have a joint venture with Uber that offers trips in driverless cars, and a separate one with car safety firm Autoliv developing future autonomous driving software.