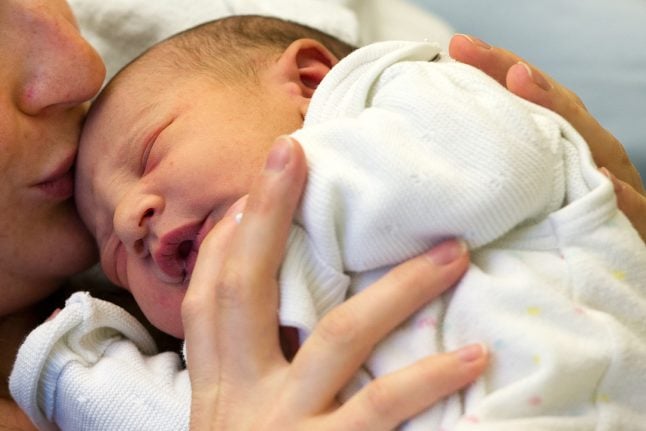 Parents of newborns in Berlin are having to wait up to three months to get birth certificates for their new bundles of joy, in part due to understaffed offices, according to a report by Tagesspiegel on Monday.

One young couple welcomed their infant daughter into the world on March 9th, but then had to wait eight weeks to receive her official birth certificate. Without this certificate, parents cannot apply to receive monthly state-sanctioned child and parental allowances.

On top of that, babies are often co-insured with their mothers’ health insurance up to six weeks after birth. After that, parents must register them separately – and this also requires a birth certificate.

“If I was a single parent, I don’t know how I would pay for my rent, my groceries and my doctor’s fees for myself and my baby,” new mother Christin Kidszun told Tagesspiegel.

Getting in touch with the responsible registry office – the Standesamt – was a hassle: her neighbourhood office was still working on birth certificates from February, and Kidszun said she unsuccessfully tried dozens of times to call the office on the phone. She was ultimately told to show up at 5am to stand in line to then get a waiting number at 7am.

“For me as a young mother, that is not an option,” Kidszun said.

A spokesperson for the Berlin interior department declined to comment to The Local on the Tagesspiegel report.

The councilwoman for Kidszun’s neighbourhood of Mitte, Sandra Obermeyer, told Tagesspiegel that she was aware of such delays, which can last as long as three months, and Mitte currently has more than 1,000 certificates still to issue. According to Obermeyer, the problem is due to understaffing.

“Our personnel situation is dramatic, and on the job market there are no trained registrars available,” Obermeyer explained.

In Mitte, the registry office has 15 positions, but five of its employees quit within the past year, leaving the remaining ten to have to regularly work overtime as well as on the weekend, she added.

“Due to the high workload, several employees have become sick for long periods of time. Therefore the bashing of the registry office makes me angry.”

Three workers are currently being trained to work at the registry office, but this training will last until the autumn.

Obermeyer further told The Local in an email that Mitte also has a high birth rate.

“The colleagues in the office try their very best to help parents, but we are reaching the limits,” she explained, adding that they expect to show improvements in the situation in the coming months for next year.

“Only more personnel will help, which cannot be done overnight… Fundamentally, all the registrar offices in Berlin have difficulties and need more staff.”

Kidszun in the end wrote a letter of complaint about her baby’s delayed birth certificate, and soon after she received the document. Now she can apply for children's allowances – though she is still expected to wait weeks for this as well.

SEE ALSO: 6 reasons why Berlin is now known as 'the failed city'