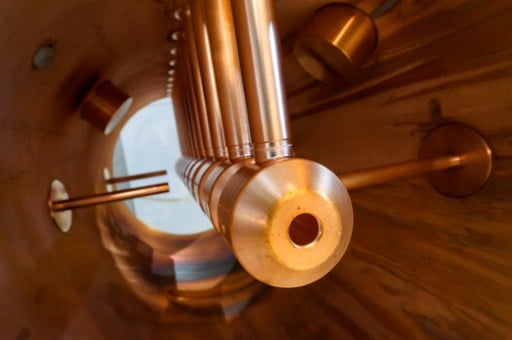 A prototype of the new accelerator. Photo: Fabrice Coffrini/AFP
The Linac 4 accelerator will by 2021 be connected to Cern's Large Hadron Collider (LHC), the world's most powerful proton smasher.
The Geneva lab has long voiced hope that an enhanced LHC may help uncover new particles, possibly proving the existence of extra space-time dimensions.
The LHC has been connected to an accelerator launched in 1978, called the Linac 2.
The Linac 4 will deliver proton beams with three times more energy than its predecessor, with higher impact particle collisions ideally yielding new data, Cern said in a statement.
The new device “will considerably increase the potential of the LHC experiments” it added.
The 90-metre long Linac 4 took a decade to build and will be put through a series of test runs before being connected to the LHC.
Even with its older accelerator the LHC helped make extraordinary discoveries.
In 2012, it was used to prove the existence of the Higgs Boson — the long-sought maker of mass, also known as the God particle.
The Higgs fits within the so-called Standard Model — the mainstream theory of all the fundamental particles that make up matter and the forces that govern them.
A future goal for the LHC is to explore anomalies in the Standard Model that could indicate new dimensions.
Those experiments could possibly help explain dark matter and dark energy, of which we have no understanding but which together make up 95 percent of the universe.
Cern is going to shut down its accelerator complex in 2019-2020 to enhance the system.
The Linac 4 is “the first key element of our ambitious upgrade programme”, Cern chief Fabiola Gianotti said in a statement, hailing its launch as a “remarkable accomplishment”.