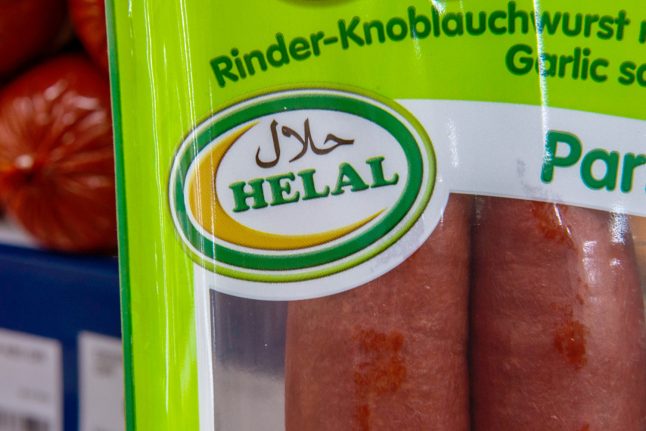 The head spy, Robert Schäfer, explained that his agency is targeting small shops that specialize in Islamic food and drink, which usually post the label for “halal” (allowed) on their stores. Schäfer explained that such shops could be potential meeting places for the Salafist scene because their products are particularly valued by the movement.

“In such cases, scene meeting points could emerge, which we would consider as possible radicalization spaces,” Schäfer said.

This was no surprise to Oliver Bertrand of the Frankfurt Research Center on Global Islam at Goethe University. Bertrand explained that the Salafist scene is extremely active in recruitment efforts, and teenagers who go to stores alone are often solicited to join. This can also happen at fruit shops or while young people are grilling at the park.

Thomas Mücke of the Violence Prevention Network (VPN), which works to de-radicalize extremists, said that while his group does not have proof of this happening, the concept seemed to fit with the Salafist scene.

“We have no evidence of such tendencies in our concrete work,” Mücke said.

“But it matches with the very aggressive recruitment system of the scene.”

He added that Salafists seek out targeted places where people of a certain age group hang out, who may be sensitive to their themes.

“We see this in fitness studios. That can also take place in a football association.”

Mücke said that it is important to be responsive to such developments, and that halal store owners and managers, for example, should pointedly be confronted by the fact that their shops could become Salafist meetings places.

Across Hesse, 4,150 people are considered by intelligence services to be Islamists, and of these 1,650 are classified as Salafists. Intelligence sources further consider 40 of this group to potentially capable of committing a violent act. Two-thirds of these potentially dangerous extremists are either outside the country or in prison.

Nationwide, there are 616 people considered by intelligence services to be potentially dangerous Islamists.