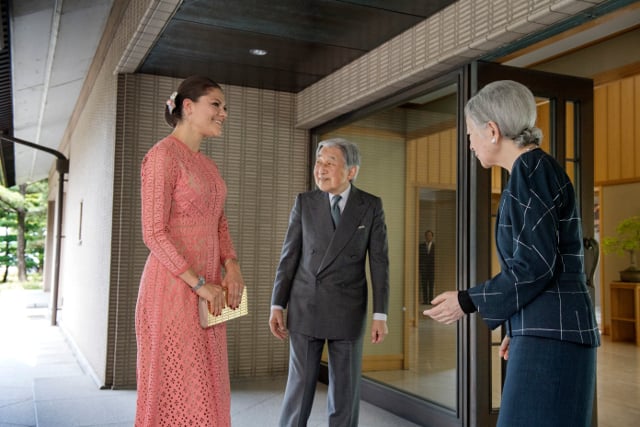 Victoria started her official trip with a visit to the Imperial Palace in Tokyo where she was greeted by the Emperor of Japan, Akihito, and his wife Michiko, followed by a conference at the Swedish Embassy.

The Swedish princess, who is next in line to the throne, is in Japan in her role as an ambassador for the UN's global sustainable development goals with a special focus on the oceans and sustainable fishery.

She is set to stay in Japan until April 21st and will meet representatives from both Swedish and Japanese companies to discuss sustainability issues.

Some of the other items on the agenda include “sustainability fika” and a seminar called “doing sustainable business the Swedish way”.

Her husband Prince Daniel is at home with their two children, Princess Estelle and Prince Oscar.