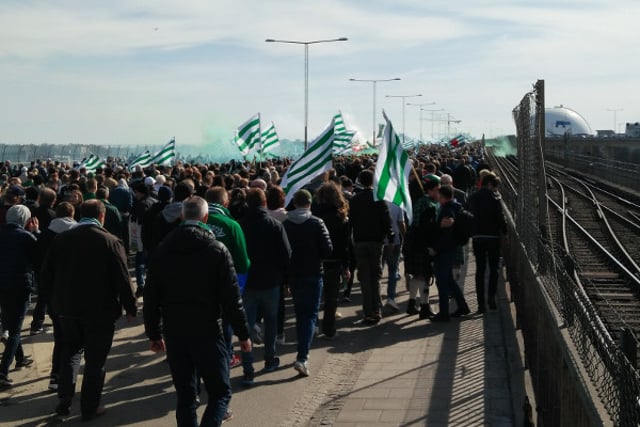 Thousands of fans of the Hammarby club in Stockholm attended the traditional supporters' march ahead of their first home game of the season on Sunday. The march and match went ahead as planned to show defiance and unity in the face of terror after the deadly truck attack in Stockholm on Friday. Together they walked from Södermalm's Medborgarplatsen square to the Tele2 Arena.

The match ended 1-1 against Kalmar FF. Check out the pictures from the march here.