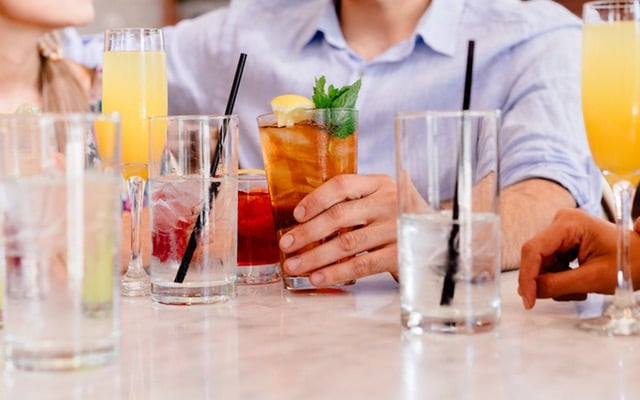 Drinking between meal times was on the rise. File photo: Pexels

In total, 3.7 million Italians were said to be binge-drinkers, particularly young people. The figures come from a report given by Italy's health ministry to parliament on Thursday, based on Istat data.

That amounts to a rate of 10.8 percent among men, compared to just 3.1 percent of women.

The report showed a turn away from traditional Italian drinking habits, with consumption of liquors and spirits also on the rise. The numbers saying they only drank wine and beer decreased, particularly among women and the younger generation.

“Dependence on alcohol is a phenomenon which continues to require great attention, due to the health and social implications,” the report said.

READ ALSO: Are Italians becoming boozier than the Brits?

Overall, 64.5 percent of Italians over 11 years old had had at least one alcoholic beverage in 2015, a rise from 63 percent the previous year, though there was a significant gender split. The figure stood at 77.9 percent for men, compared to only 52 percent for women.

However, this represents a drop of 5.2 points over a ten-year period, while the number of 'occasional drinkers' has risen from 38.8 percent to 42.3 percent.