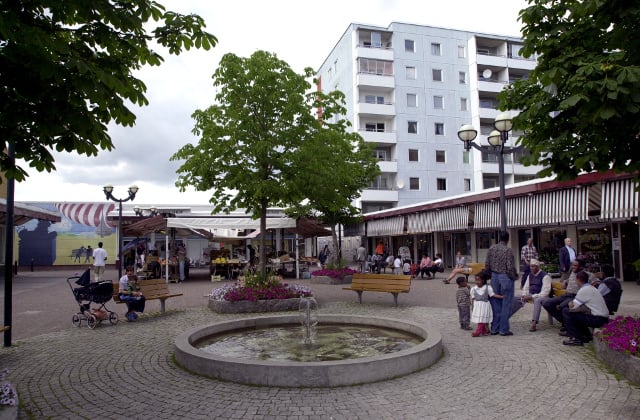 Housing company Svenska Bostäder (SB) have redesigned the centre of Husby in the north-west of Stockholm with a “feminist, equality-based” perspective in mind. SB's social sustainability coordinator in the district, Nurcan Gültekin, explained to The Local exactly what that means:

“With that we mean that we need to get more women into the public spaces. It's above all about having an equal public space where everyone, both men and women, feel welcome.”

Husby is one of 15 places the Swedish police described as “particularly vulnerable” in a 2015 report, and was one of the areas where riots broke out in the Swedish capital in 2013.

The forthcoming changes are the product of discussions SB has had with local residents since 2009. During the conversations it emerged that the centre around the tunnelbana (metro) station was the part of the area where residents, and in particular female residents, felt least safe.

“We started workshops where female residents were free to speak up and point out the places where they felt unsafe. We then started to get a clear image of how the centre is perceived and the factors playing into that. It emerged that women to a large degree were opting to take a detour around the centre. They didn't feel comfortable,” Gültekin noted.

Changes that will be rolled out as a result include improved street lighting to create a safer-feeling passage from the tunnelbana station through the area. The relocation of a cafe currently situated on the main square that tends to attract mostly male customers will also be used as an opportunity to create a more female-friendly meeting place in the centre.