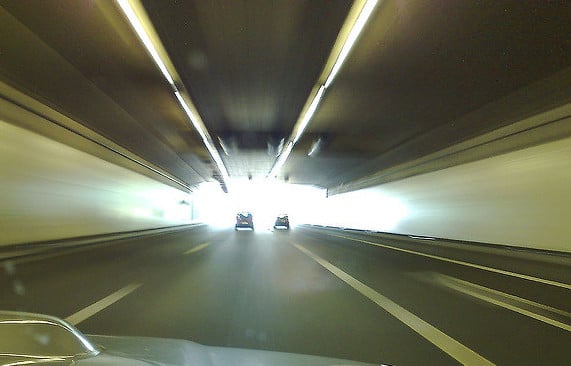 File photo: Timo Newton-Syms
The road connects the Swiss city of Biel/Bienne to Boncourt on the French border 85km away.
The largest road project ever undertaken in the region, its construction was a complicated and expensive process requiring the building of several tunnels and viaducts to negotiate the difficult geography.
Thirty years and 6.5 billion francs after construction began on September 23rd 1987 the A16 will be completed on Monday with the opening of the final section from Loveresse to Court.
A motorway to open up the region to France and the rest of Switzerland was first proposed during the 1960s, but it wasn’t until after the canton of Jura was created in 1979 that it became a more concrete plan.
The canton’s residents approved the principle in a referendum in 1982 and works began in Saint-Ursanne five years later. The road opened in sections starting in 1998.
During  construction work palaeontologists uncovered more than 14,000 dinosaur prints.