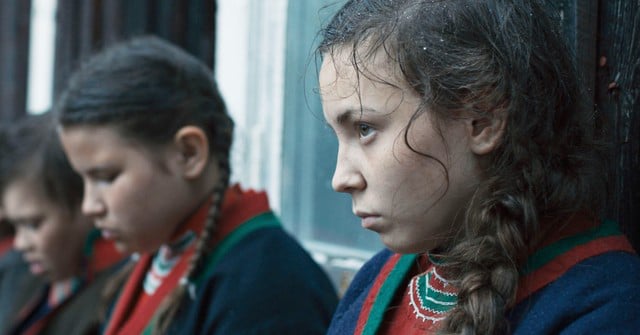 It's finally here, the internationally acclaimed feature film Sami Blood (Sameblod), in which Amanda Kernell skilfully tells a life story from Swedish Sápmi, from the 1930s until now.

I had the pleasure of seeing it at the premiere here in Umeå, which both Kernell and one of the stars Maj-Doris Rimpi attended. It was great.

Some commenters say that Sápmi is undergoing a renaissance today, with more and more Sami people stepping into the spotlight. Whether that’s true or not, or if the Swedish media has just finally discovered the Sami people, I'll leave it to others to interpret.

I myself wrote in an opinion piece two year ago about all the hope I felt as Sami when Jon-Henrik Fjällgren competed in (Swedish Eurovision qualifier) Melodifestivalen for the first time.

While Fjällgren broke through with exuberance and passion, Kernell’s Sami Blood is delivered with hard-nosed realism, and an edge of love and sorrow.

The director has herself described it as like poking a wound that is still bleeding – which she is quite right about. For we must remember that at the same time as Fjällgren broke through via “Talang” (Sweden’s version of “Talent”) in 2014, comedian Robert Gustafsson stood on prime time TV and performed a racist sketch about Sami people which was reported over 50 times to Sweden’s Press and Broadcasting Authority, and later acquitted.

Moreover, Sweden's largest cinema chain SF Bio didn't even plan on showing Sami Blood in Malmö or Uppsala, and had planned to keep it to a small number of cinemas in Stockholm and Gothenburg – because who would be interested in a ‘small Sami film’? Sweden’s racist structures are revealed not only in film, but also in reality.

What Sami Blood succeeds in doing is leaving the audience with a burning question: Why did I know nothing about this before I saw the movie, and why is this not common knowledge in Sweden?

As such Sami Blood opens up Sweden's own Pandora's box, where a dark tale of the theft of land, splitting up families and assimilation crawls out.

A gap in knowledge which even today keeps all the Sami people in Sweden down, and one that has now been exposed and challenged. The status quo, which Swedish politicians have maintained for decades, has been broken.

You can't argue that Sami Blood is one of the biggest “Swedish” films produced in the modern era without also admitting that Sami issues are not only of particular interest, but also a part of Sweden's overall past and present. Sweden has been and continues to be a colonial state, to this day.

This is also exposed by the fact that the film is produced in a country that does not value Sami culture particularly highly. If we compare Norway and Sweden, they provide 135 million kronor annually in support of Sami culture, while Sweden gives a paltry 15 million.

What should be a Sami Parliament is penniless and far below the standards set in indigenous rights internationally. At the same time Swedish politicians remain silent – or worse, pat themselves on the shoulder, despite repeated criticism from the UN.

Sami Blood opens doors in a Sweden which has still to this day not come to terms with its colonial heritage. One which robbed us Sami people of land, but also split the Sami people up by dividing them into the “real”, reindeer herding Sami who went to Lapp school, and the other 90 percent of the Sami population to be assimilated, with many still today denied their status as Sami.

It's therefore high time that Swedish politicians do something and do it right: revise the curriculum for basic education so that Sweden’s colonial history becomes well known. Now is the time.

All my love to Sami Blood, which reminds Sweden that we are still here, even if so much has been taken from us.

This is a translation of an opinion piece by Oscar Sedholm, party secretary for the Hunting and Fishing Sami party, which was originally written in Swedish and published by SVT.